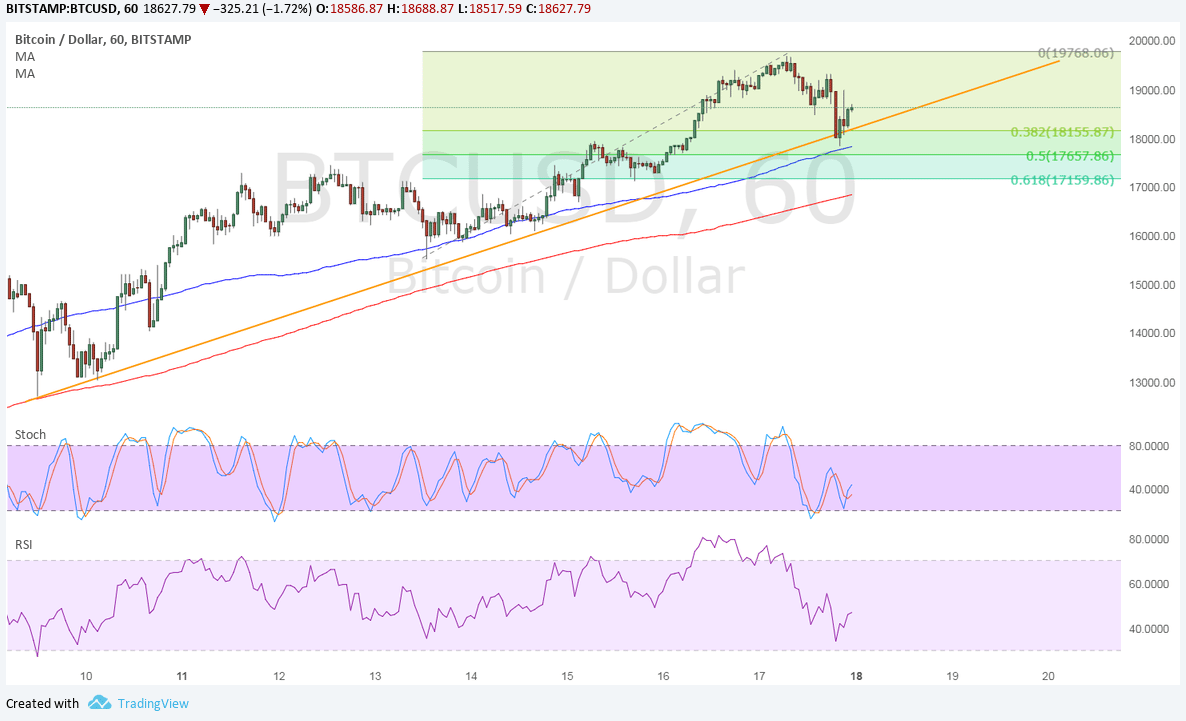 Bitcoin price is completing a pullback from its recent rally and appears to have already found support at the $18,000 area of interest.

The 100 SMA is safely above the longer-term 200 SMA to confirm that the path of least resistance is to the upside. This means that the uptrend is more likely to continue than to reverse.

In addition, the 100 SMA coincides with the 50% Fib and appears to be holding as dynamic support. If so, bitcoin price could eventually resume its rally to the swing high or until the $20,000 mark.

Stochastic is starting to pull up also, which means that bullish momentum is picking up. RSI also looks ready to turn higher, which means that buyers are trying to regain the upper hand. However, if  larger correction is needed, bitcoin price could find the last line of defense at the 61.8% Fib or 200 SMA dynamic inflection point.

The dollar made another push higher last Friday as the tax bill drew more support from lawmakers. A final vote is scheduled this week and approval could mean another round of rallies for the US currency across the board.

Meanwhile, bitcoin is awaiting the launch of futures on CME and later on in Nasdaq. The CBOE has already launched theirs a few days back, so the bullish run from this event may have already passed.

Still, a large influx of investor funds could prop bitcoin price higher in the coming weeks as institutional and retail trading of the cryptocurrency has surged. Keep in mind that some brokerages are also offering ways to short bitcoin but at much higher margins.