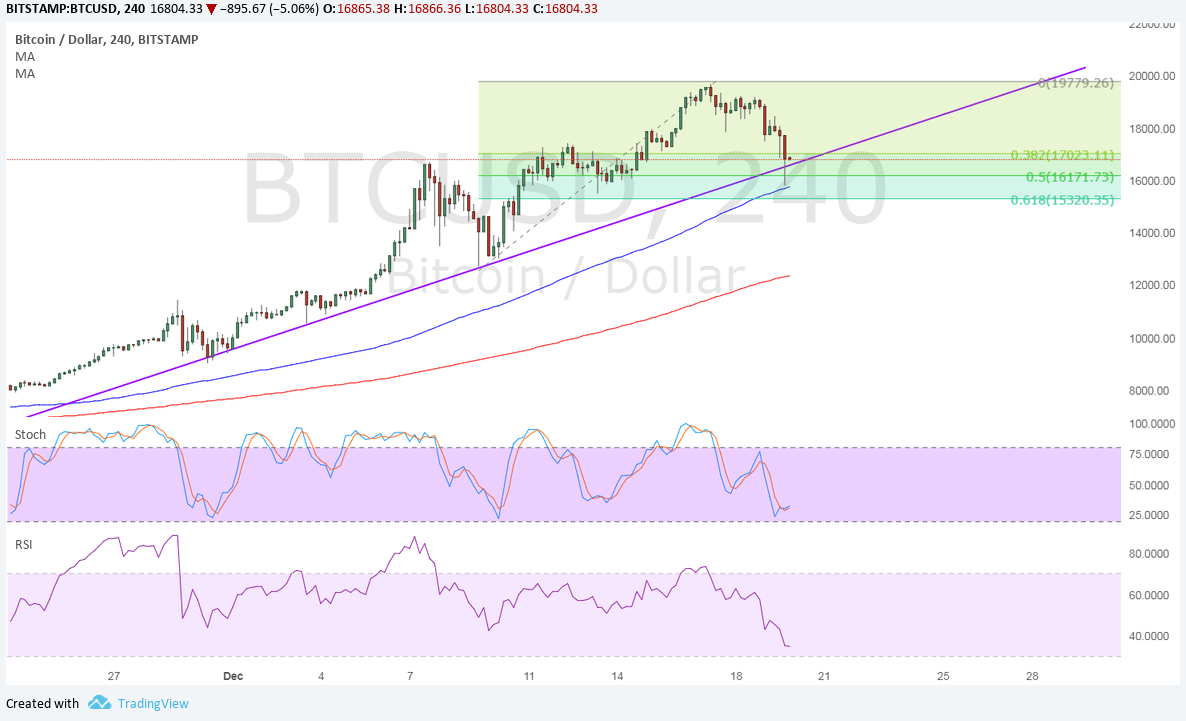 Bitcoin price is showing a classic correction to a former resistance level as it waits for more bullish momentum to sustain the climb.

The 100 SMA is above the longer-term 200 SMA so the path of least resistance is to the upside. The 100 SMA also appears to be holding as dynamic support just below the ascending trend line and 50% Fib around $16,000.

A larger correction could still test the 61.8% Fib closer to $15,000 and slightly below the area of interest. Stochastic has some room to head south before reaching oversold levels so sellers could stay in the game for a bit longer. Similarly RSI could head a little lower and bitcoin price might follow suit.

The euphoria from the bitcoin futures launch appears to have faded and traders are closing out positions on the lack of new highs. Market watchers are also paying closer attention to other assets, like US equities, that are also surging to new highs.

The tax reform vote has drawn investor interest back in the US stock market as approval before Christmas could mean a huge boost to business activity. Apart from keeping Wall Street in the green, it is also providing support for the dollar against bitcoin price.

Apart from that, the SEC suspension on shares of The Crypto Company due to concerns of stock manipulation has also injected a bit of caution among bitcoin traders. Rival bitcoin cash is also making an ascent, leading some to revive concerns about two separate versions, especially with BitPay and major cryptocurrency storage company Blockchain added support for bitcoin cash.