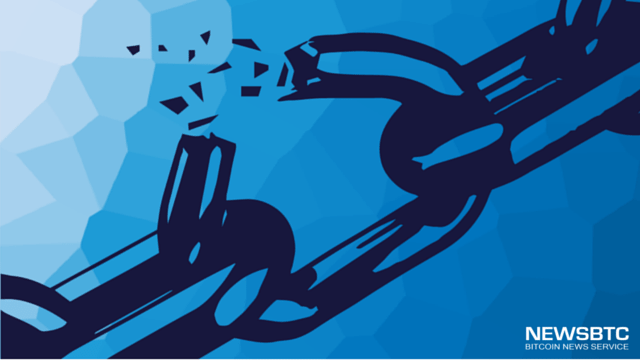 Bitcoin price might need to pull back to the nearby areas of interest before resuming its drop to the previous lows or much lower.

The 100 SMA is below the 200 SMA, confirming that the path of least resistance is to the downside and that further losses are likely. These moving averages also seem to be edging farther apart, indicating that bearish momentum is strengthening.

However, RSI just climbed out of the oversold region, indicating that the recent selloff is already exhausted and that sellers are taking a break for now. This could pave the way for a retracement to the Fibonacci levels visible on the 4-hour time frame.

Bitcoin price is approaching the 38.2% level near the $400 major psychological resistance, although higher corrections to the 50% Fib ($409.22) and the 61.8% level ($422.58) could be possible. The line in the sand is the moving average region at the $440 level, as a break past this area could lead to another attempt to break past the triangle resistance at $465.

Stochastic is already on the move down, even though it hasn’t quite reached the overbought area yet. This could mean that sellers are eager to gain control of bitcoin price action, possibly pushing for a test of support at $350 or a selloff until the $300 area eventually.

At the moment, bitcoin price is stuck in tight consolidation, with market watchers still on the lookout for major catalysts.

This week’s market schedule is full of top-tier events, which suggests that there could be plenty of volatility for the US dollar and bitcoin price. US banks are closed for the holiday today, though, so liquidity is lower.

China is set to print its Q4 growth data on Tuesday, along with industrial production data. Stronger than expected figures could renew risk sentiment and ease fears of another global economic slowdown, pushing higher-yielding and riskier holdings up. This could be positive for bitcoin price if investors take it as a cue to lighten their safe-haven dollar holdings.

Later on in the week, data on crude oil inventories and the BOC interest rate statement are also likely to spur strong moves across the financial markets. Keep in mind that the return of Iran to the oil export market could drive prices much lower, possibly prompting the Canadian central bank to make another pre-emptive rate cut.

As for the US itself, CPI figures are due and strong data could reinforce expectations of a March rate hike.

Tags: bitcoin pricebitcoin tradingbtcusd
Tweet123Share196ShareSend
Win up to $1,000,000 in One Spin at CryptoSlots