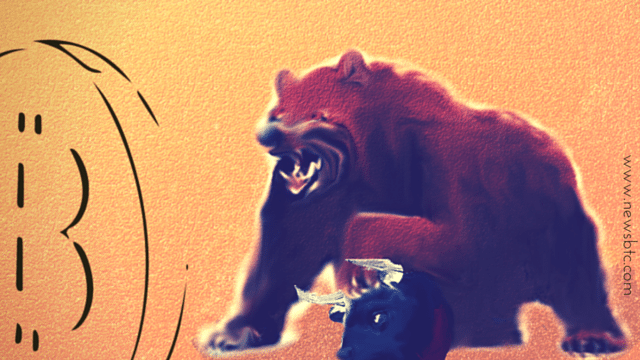 All hell has broken loose in the Bitcoin market! The price of Bitcoin crashed more than 13 percent intraday after bears crushed the bulls following the Bitcoin XT controversy. As of now, short covering has helped lift the price up to $235.66, still off more than 7 percent.

With this, all the hard work done by the bulls since June has been undone.

In the previous Bitcoin price technical analysis, The Pressure is Simply Too Much, I had clearly stated that if the selling pressure were to increase even slightly, it would lead to a breakdown kind of situation in the cryptocurrency. My short target of $240 or a 5 to 7 percent decline has also been achieved.

Technically, the collapse in the Bitcoin price should be limited by the floor of $220, at least in the short-term. Take a look at the latest considerations of the daily BTC-USD price chart.

Bitcoin Price Chart – The Bitcoin bulls were thrashed as relentless selling by both the investors and the short-term traders pushed the price down to an intraday low of $221 on huge volume. $220 being a good base for Bitcoin compelled the short-sellers to book partial profits and also encouraged some buying.

Fibonacci Retracements – After failing to climb above the 61.8 percent Fibonacci retracement of $256.82, Bitcoin has retraced the complete rally.

Momentum – The extreme pessimism is also conveyed by the Momentum reading of -29.3900.

Money Flow Index – It is not everyday that you will see the MFI succumb to 6.9021.

Relative Strength Index – The RSI dipped in the oversold region for a brief period before rising to 31.4668.

As Bitcoin crashes to a 10-week low on huge volumes, market participants should only look to create short positions on rallies.  Resistance is now at $240-242.

And I hope, you have exited your longs.

Tags: Bearish on BitcoinbitcoinBitcoin price chartbitcoin price technical analysisbitcoin tradingbtc usd
Tweet123Share196ShareSend
Win up to $1,000,000 in One Spin at CryptoSlots