Bitcoin Price Watch; A Rocky Start to the Week… 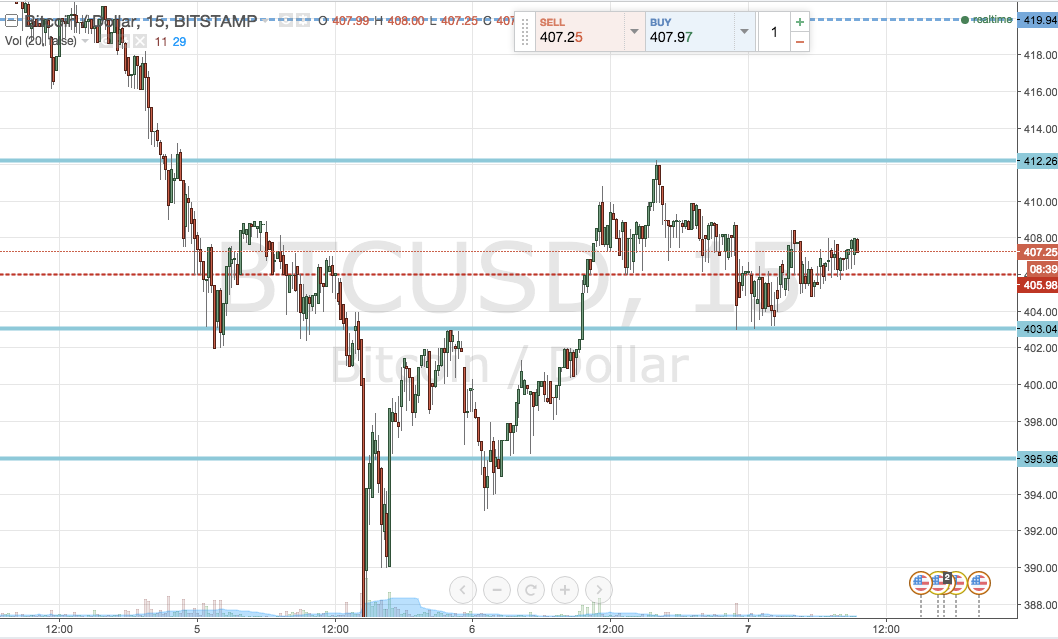 It’s been a rough weekend for the bitcoin price. At the end of last week, we noted that there was a potentially large moving coming up, based on the consolidatory action we had seen throughout the latter half of the week. We hoped (from a long term holding perspective) that it would be to the upside – towards the 500 flat level that has proved so elusive over the last couple of months. We did get the movement we expected, though unfortunately the move came to the downside. There’s a silver lining, however. We managed to get in short on the action and draw a couple of nice profitable trades from the market, which afforded us the opportunity to hedge some of the losses taken on the longer term side of things.

We are now heading into a fresh week, and a look at the action in the bitcoin price over the last twenty-four hours or so reveals a certain level of correction – far from the magnitude of the overarching decline, but some reprieve towards where we currently trade at circa 210 flat.

So far this morning, action has been pretty tight, suggesting we are in for another sustained move before the session is out. With this in mind, here’s what we are looking to trade for the first part of today’s session. The chart below highlights the key levels.

As the chart highlights, in term support for today sits at 403 flat, while in term resistance comes in at 412. These are the two levels that define this morning’s range. We are going to stick to breakout today, so we’ll enter long on a break of resistance towards an upside target of 420 flat – stop at 410 to define risk.

To the downside, a close below support will signal a short entry towards 396 flat, with a stop at 406 protecting the upside risk.