Bitcoin Price Watch; Back Down We Go 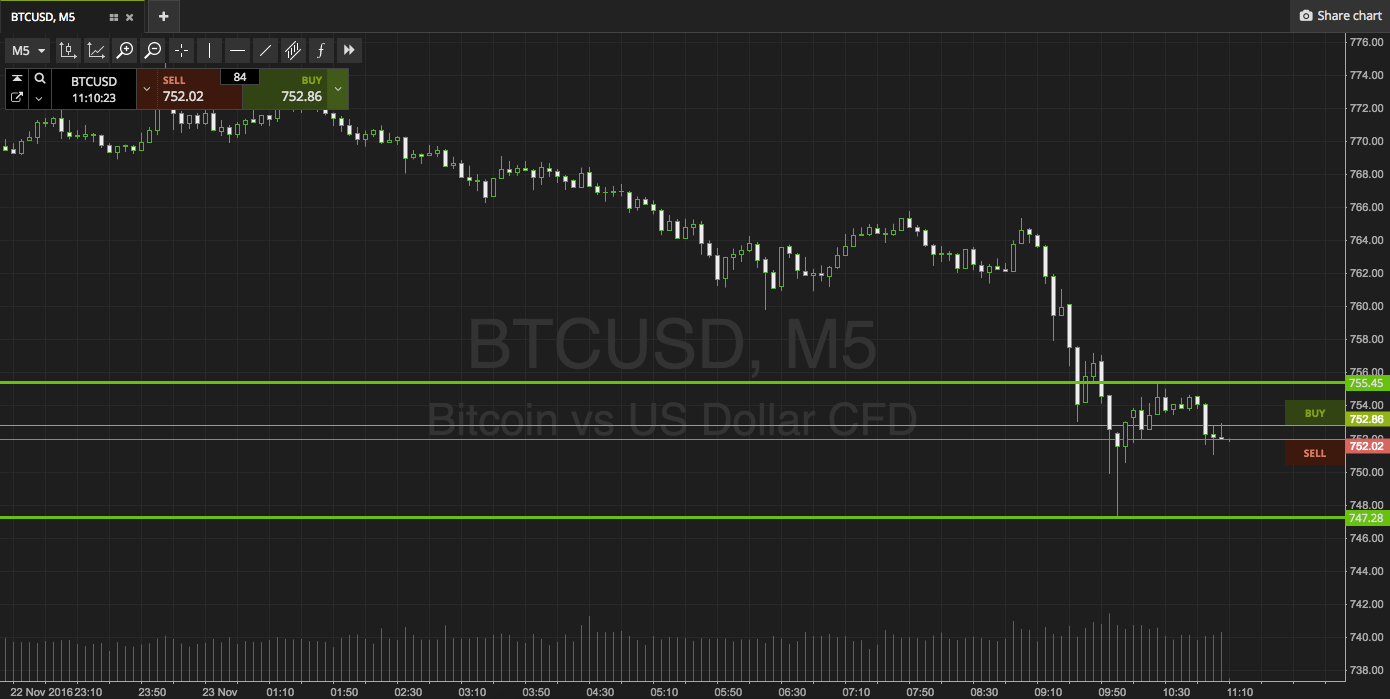 It seems price is teasing us a little at he moment. Just as we get up to the region around which we can start targeting the 800 flat mark as an initial upside target and – beyond that – use it as resistance, the bitcoin price breaks to the downside and we get a correction to spoil the party.

Overnight action did just that.

Those who read last night’s coverage will know we were looking at one final upside run ahead of an 800 target, and that price looked like it might well make that run before we got back to the desk this morning. As it turned out, price broke through the level we had slated as in term support instead, and this got us in short instead of long. It didn’t matter too much – we still managed to pull a profit out of the market on the downside entry – but its getting a bit frustrating keeping teeing up 800 as a potential target and then batting it down.

We’ve got price hovering around the mid 700s region right now, and we’re going to go at things with our standard breakout strategy, see if we can get a bit of normalized action heading into the latter half of the week. Take a look at the chart below to get an idea of our key levels.

As the chart shows, we’re looking at resistance to the upside at 755, and support to the downside at 747. Like we said, breakout only, so if we see price close above resistance, we will look to get in long towards an immediate upside target of 763. Conversely, a close below support will put us short towards 740 flat. A stop loss on both positions just the other side of the entry will ensure we are taken out of the trade in the event of a bias reversal.