Bitcoin price is struggling to break the $8,500 resistance against the US Dollar. BTC/USD may trade in a range above $8,200 before the next move.

After forming a base around the $8,080, bitcoin price started an upside recovery against the US Dollar. The BTC/USD pair managed to move above the $8,200 resistance level to post intraday gains. It also broke the 23.6% Fib retracement level of the decline from the $8,854 high to $8,080 low. There were a few positive signs above the $8,200 level, but the price struggled to break a major barrier at $8,500.

The 100 hourly simple moving average at $8,500 prevented gains. There were two attempts by buyers to break the stated $8,500 resistance, but they failed. Moreover, the 50% Fib retracement level of the decline from the $8,854 high to $8,080 low also acted as a resistance. It seems like there is a breakout pattern forming with resistance near $8,500 on the hourly chart of the BTC/USD pair. The pair is currently declining and testing the triangle support at $8,200. Should it break the triangle support, there could be a downside move towards the $8,080 low. 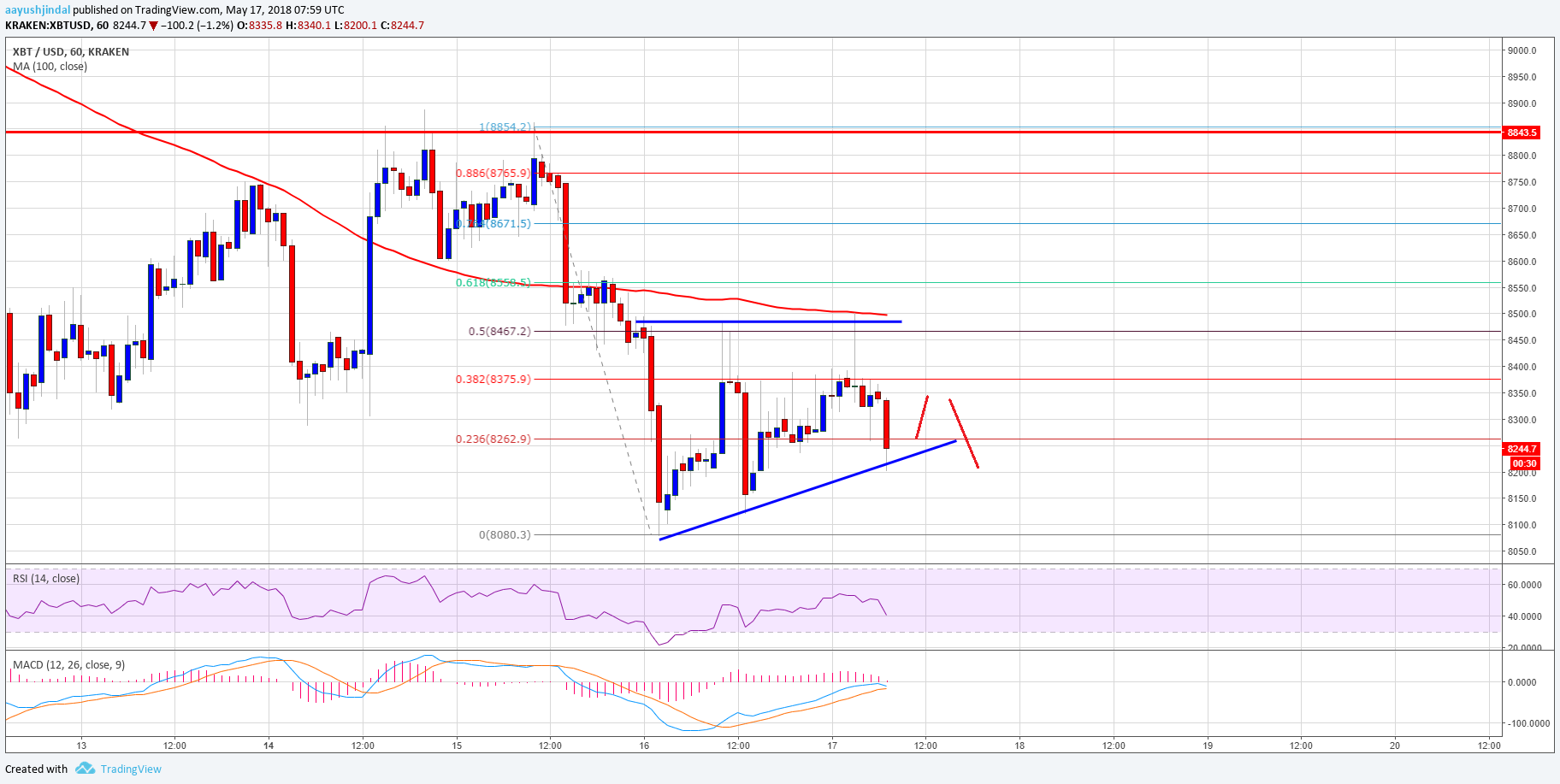 Hourly MACD – The MACD for BTC/USD is moving back in the bearish zone.

Hourly RSI (Relative Strength Index) – The RSI has moved back below the 50 level.