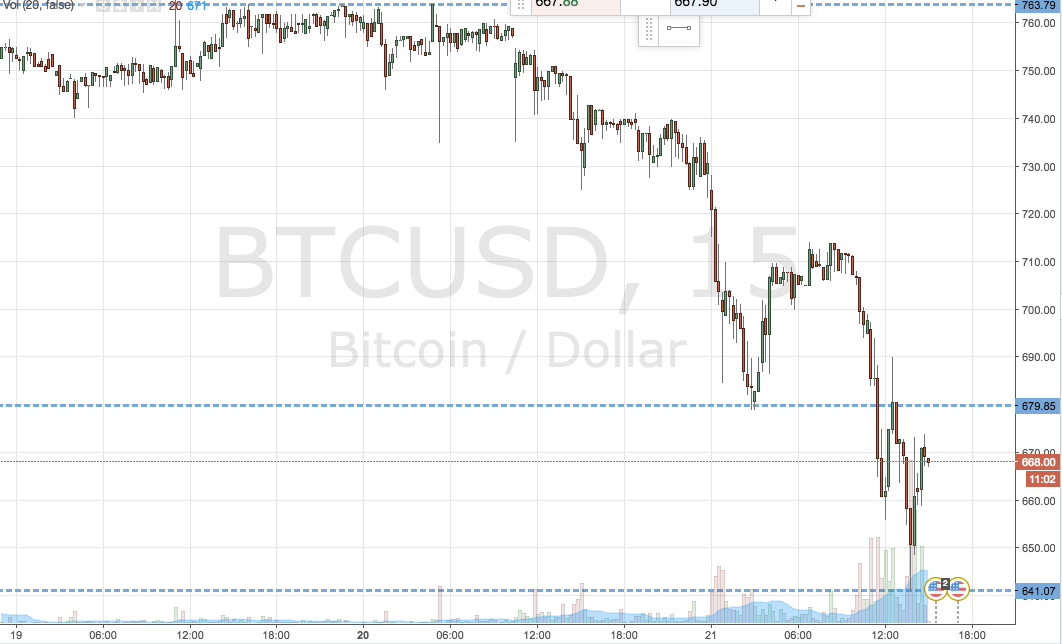 If all we seem to be doing at the moment is offering up cautionary tales, it’s because that’s exactly what we are doing. It’s so easy to get overexcited when price gains double digit percentage points in the space of a few hours – something we’ve seen on a number of occasions across the last week or so – but this excitement must temper at some point. Why? Because when all is said and done, bitcoin is not like other traditional financial assets. Not right now, at least. Again, why? Well, a large portion of the fiat currency that gets bought and sold every day is operational – i.e. used for transactions. The same can be said for bitcoin, but not to the same extent. Much of the volume derives from speculative activity, and this can only mean one thing – short term reversals. As price rises, people who took speculative positions at lower prices will start to close out their positions, which of course, means selling bitcoin. This selling drives down price (as a feature of any open market) and initiates a reversal. Once this reversal gets to a certain level, it picks up pace, and that’s where we look to be now. Price reversed yesterday, but throughout today’s session, we’ve seen a solid a sustained decline to fresh weekly lows.

So where do we go from here? Well, take a look at the chart.

As the chart shows, we are focusing on a relatively wide range going into this evening’s session, defined by support to the downside at 641 and resistance at 679. If price breaks above resistance, we will enter a cautious upside trade towards a bullish target of 700 flat. If we close below support, however, expect some steep losses. We will enter in this scenario towards 625, with a stop loss at 645 to keep things tight on the risk side of the trade.