Bitcoin Price Watch; Consolidation The Order Of The Day 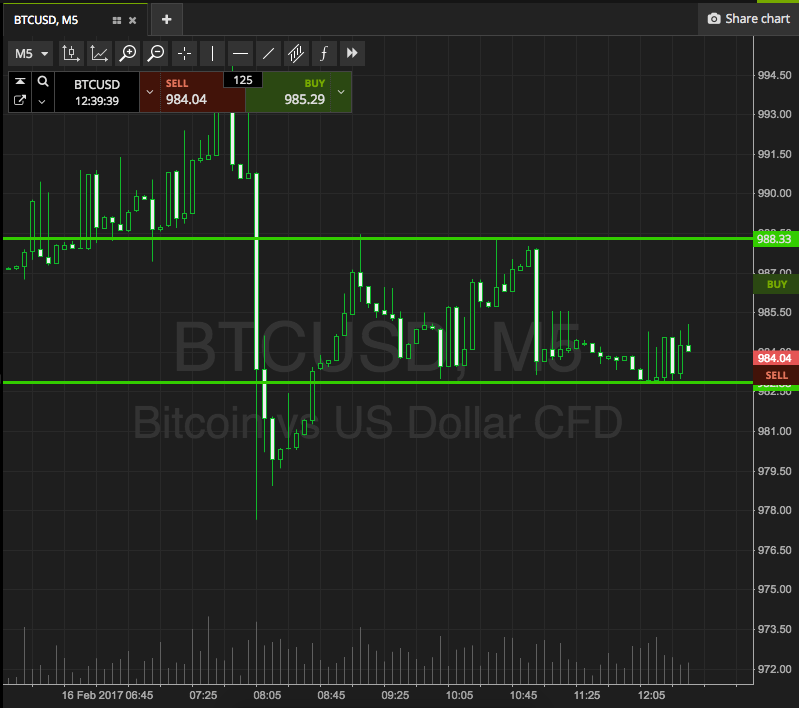 Right then. The week is nearly done and, when compared to last week, there’s been very little in the way of volatility in the bitcoin price to go at with our breakout strategy. Things started off ok, bet then as Tuesday’s European session came in to play, and then Wednesday, and now Thursday, things have just settled into a trend of sideways action, with very little movement.

Like we always say, this isn’t necessarily a bad thing. There have been numerous occasions in the past where we have gone weeks without seeing any real movement, and its just a case of waiting for the consolidation to close out, and for markets to get a hold of themselves.

Chances are we are going to see much of the same sort of flat action throughout the session today, but in case we don’t, we’re going to set up some key levels to go at. As was the case yesterday, we’re going to go after a slightly tighter range than would normally be the case, as this gives us an opportunity to take advantage of some muted volatility, and means we don’t have to rely on sustained breakout momentum as and when things get underway.

So, let’s get to the detail.

Take a look at the chart below to get an idea of what’s on, and where we are looking to get in and out of the markets as price matures throughout the European session today. It’s a five-minute candlestick chart and it’s got our key levels overlaid.

As the chart shows, the range we are looking to trade during the European session today is defined by support to the downside at 982, and resistance to the upside at 988. We will initially look for a close above the latter to get us in long towards an immediate upside target of 998. Conversely, a close below support will put us short towards 972.