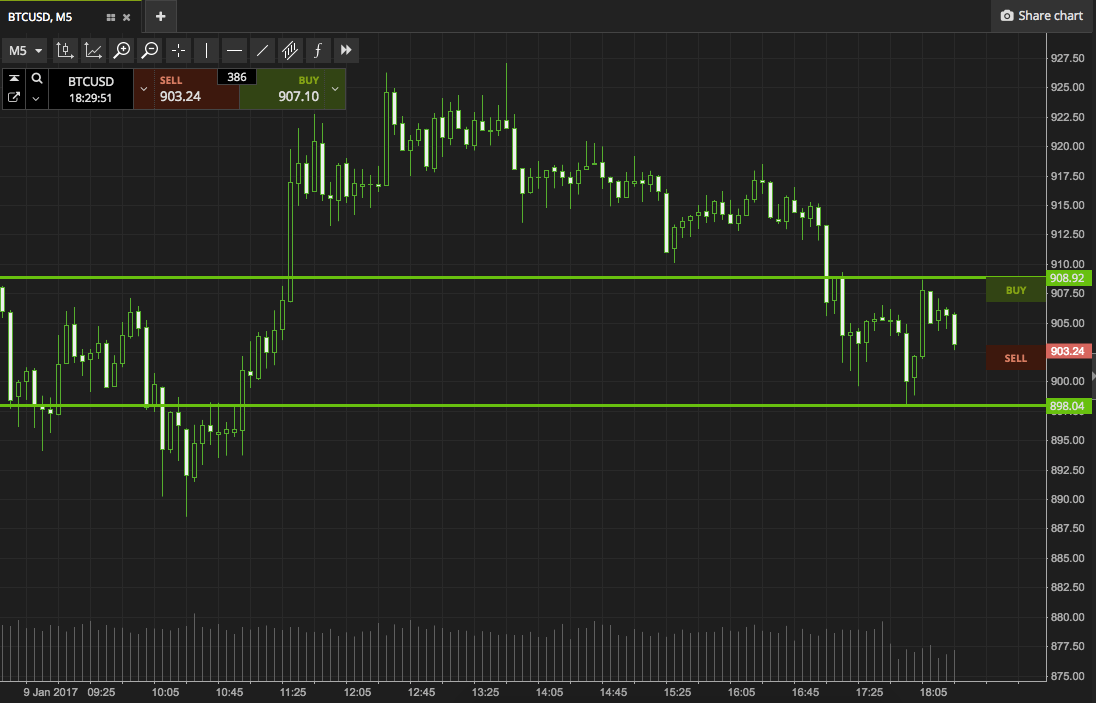 So that’s another day done, and as we noted this morning, there’s plenty of price action to discuss this evening. The bitcoin price has been super volatile over the last few weeks, which for some, will come as a welcome change from what was essentially a dead period throughout Sep-Nov. Instead of the range bound action we saw across that period, mid to late December, and carrying through into early January, has brought with it some real momentum. First, we saw price run all the way up to 1,300. That’s a level some thought it could never reach, and when it was approaching, sentiment was at an all time (with perhaps the previous 1,000 break as an exception) high. Having topped out, however, things have changed a little. Price no longer sits at the post-1000 levels, and has retraced over the last week or so to trade in and around the 900 flat mark. That’s close to 400 dollars given back to the market in a matter of days. Maybe we would have preferred the flat action of last October…

Anyway, it’s all academic now. We are here to try and decipher action on the lower timeframes, in an attempt to draw a profit from the market on the intraday volatility. Sure, an overarching bias is nice, but it’s rarely that helpful.

With this in mind, let’s get a look at the lower charts, and see what we can uncover. Take a look at the chart below before we get started.

As the chart shows, we are looking at 898 as support, and 908 as resistance. Breakout is the order of the day, so disregard intrarange for now.

A close above resistance will put us long towards an immediate target of 918. A stop at 905 keeps risk tight. Conversely, a close below support signals short towards 890 flat.