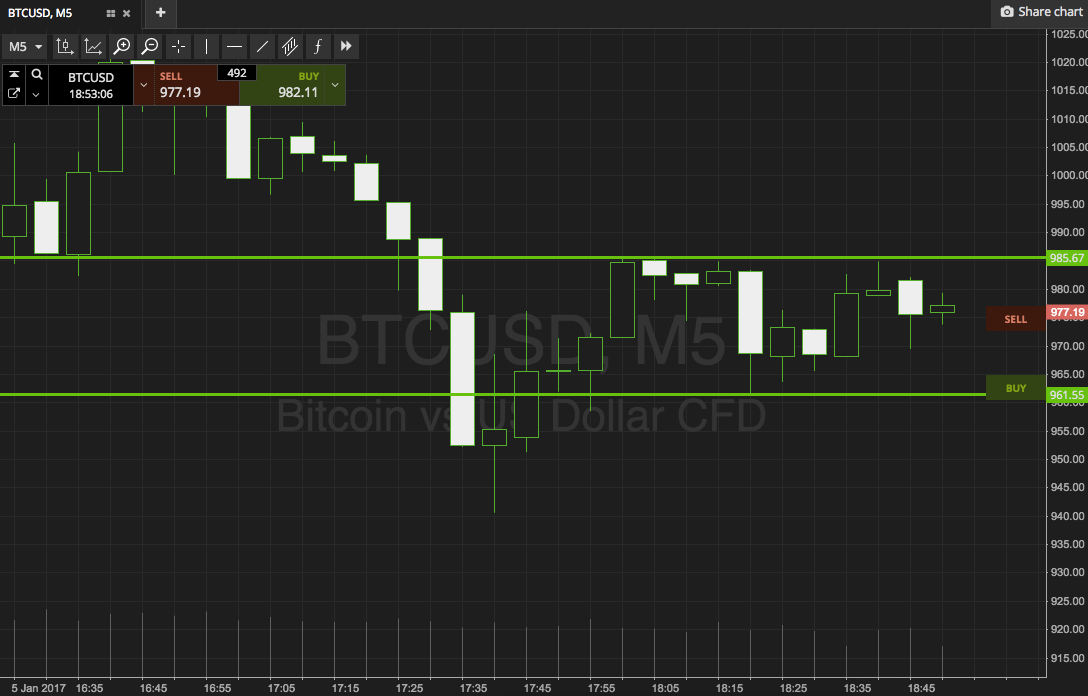 I’m tempted to stop writing these bitcoin analyses. Everything was running smoothly until I warned of a correction yesterday, and since then, things have just gone south. Well, we got a slight correction last night, some consolidation this morning, and then when we published an analysis early morning out of Europe, suggesting we may see a further decline towards the 1000 level, things started to fall again. As the chart below will show, the bitcoin price did fall towards this level, and has in fact broken it. At time of writing, we’re currently trading somewhere in the region of 980. It’s a bit disappointing from a long term holding perspective, but from an intraday perspective, ‘t’s been pretty good.

Those that were with us this morning will know we set up pretty tight against the market with some decent targets but some very secure stop losses to help us avoid getting on the wrong side of any strong moves – moves that, as it turns out, came even sharper than we expected. It didn’t matter though, we managed to get in to the markets according to the rules of our intraday strategy, and then out again for a nice quick profit. That’s the beauty of intraday scalping like this – while the rest of the market is reeling from the bitcoin price decline, our trading has hedged the decline, and reduces our exposure somewhat.

Anyway, let’s get things set up for this evening. Take a look at the chart below to get an idea of what’s on tonight. It’s a five-minute candlestick chart and it’s got our range overlaid in green.

As the chart shows, our range is defined by support to the downside at 961, and resistance to the upside at 985. We’re focusing on breakout only right now, so long on a break of resistance towards 995, and short on a close below support towards 952.