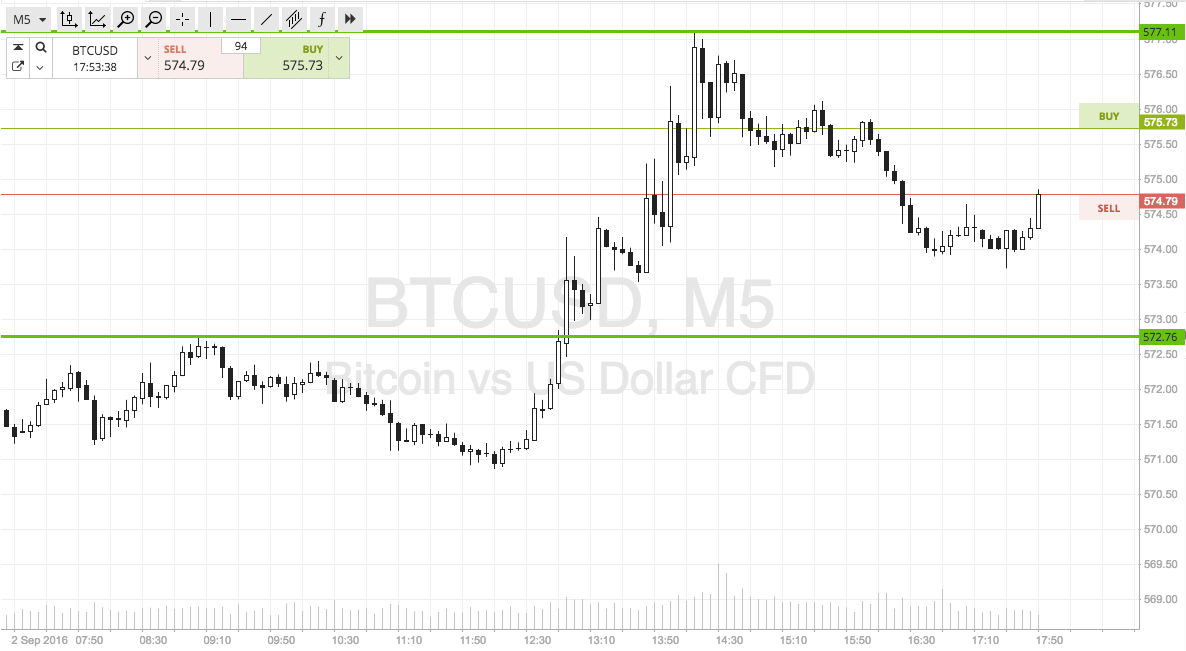 Finally, some action. It’s taken until the end of the week to come to fruition, and it’s meant we’ve had a pretty boring week from an intraday bitcoin price trading perspective, but we’ve finally been given an entry opportunity and it’s we managed to take it for a profit. This means that – assuming we manage to hold on to our advantage through the US afternoon session that is currently in play, we are going to end the week net up on the markets. Beyond that, as we head into the weekend, we’re looking for an entry on a slightly wider timeframe. We traditionally get some decent moves on the weekend, and this affords us the opportunity to widen things out and go for some sustained volatility profits.

That’s for later on, however. Right now, we’re focusing on the close of the US afternoon session and the subsequent Asian morning.

As the chart shows, the range we are looking at is defined by in term support to the downside at 572, and in term resistance to the upside at 577 flat. There’s not enough room to go at things intrarange, so we’re looking at breakout only right now.

Specifically, a close above in term resistance at 577 will signal an upside position towards an immediate target of 585. Conversely, if price breaks below in term support we will get in a bearish trade towards a downside target of 565. A stop is required on both positions to ensure we get taken out of the trade on a bias reversal, and we’re looking at around two dollars away from entry on each.