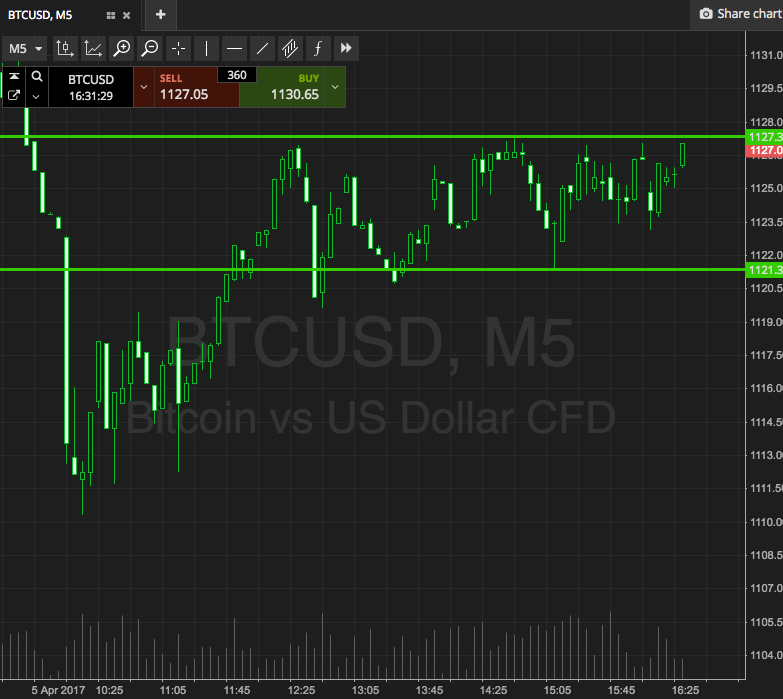 So that’s another day complete in the European markets, and it’s time to take a look at what happened during the session, and what we can expect going forward. As we noted this morning, things have been relatively flat in the bitcoin price over the last few days. After what was a pretty busy weekend, things settled down into the early morning session on Monday, and it we opined that we may be getting some consolidation ahead of a break. As it turns out, we have had the consolidation side of the equation, but not too much in the way of breaks.

Anyway, it’s not too much of a concern. The way we set up against the markets allows us to take advantage of relatively tight moves, so the necessity for large volume driven sustained momentum is removed (at least on the short term frames, that is).

That said, we do like to see runs, as it makes it easier for us to define levels going forward.

So, all that rambling out of the way, let’s try and get some levels outlined for the session this evening, and see if we can get some levels set up for the US afternoon and beyond into the Asian morning session.

As ever, take a quick look at the chart to get an idea of what’s on, and where things stand right now. It’s a five-minute candlestick chart and it’s got our range overlaid in green.

As the chart shows, the range we’re looking at now is defined by support to the downside at 1121, and resistance to the upside at 1127. That’s super tight, so we’ll be using a breakout strategy only.

If we see price break above resistance, we’re going to look at getting into a long entry towards an immediate upside target of 1140. A close below support will get us in towards a target of 1110 to the downside.