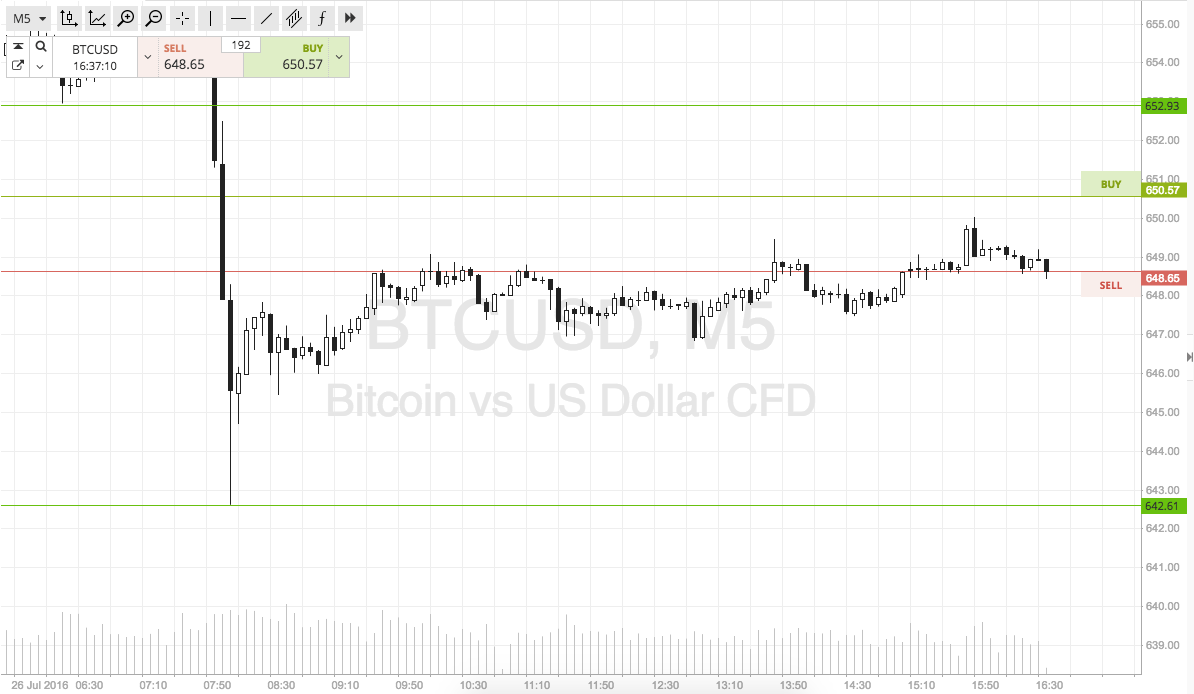 In this morning’s bitcoin price watch analysis, our primary focus was a tight range, and a strategy that involved using some scalp breakout targets to take advantage of that range. We noted that given recent action (volatile, but only short term, and only on the smaller time frames) we would likely need to maintain this type of scalp strategy for the foreseeable future – at least until things picked up fundamentally. We haven’t really had any major fundamental catalysts as late, and this has translated to some relatively low volume. It’s still very much tradable, so long as we get some intraday catalysts. As things have turned out today, we’ve had very little by way of catalysts, and price has traded between a very tight few-dollar range, sideways for the entire day.

From a breakout perspective, this kind of action is pretty much impossible to trade. Bid ask spreads mean that we can’t take on the risk required for a super tight range while still maintaining a positive risk reward profile, and intrarange is out of the window for the same reason. As such, we’ve not got into any positions today, and for tonight’s Asian session (and the US afternoon) we are going to hold our key levels firm in the zones at which we placed them this morning.

Take a look at the chart to get an idea of what we mean. It shows today’s action and has our key levels (unchanged) highlighted in green – support and resistance.

As the chart shows, we’ve got support at 642 flat to the downside, and on the other side of the equation, resistance up at 652 to the upside. If price breaks the former, we’ll enter short towards 635. If the latter breaks, and we see a close above it, we’ll get in long towards an initial upside target of 660 flat. Stops just the other side of the entry to keep risk tight.

Tags: bitcoinBitcoin chartbitcoin pricebitcoin tradingtrade bitcoin
Tweet123Share196ShareSend
Win up to $1,000,000 in One Spin at CryptoSlots