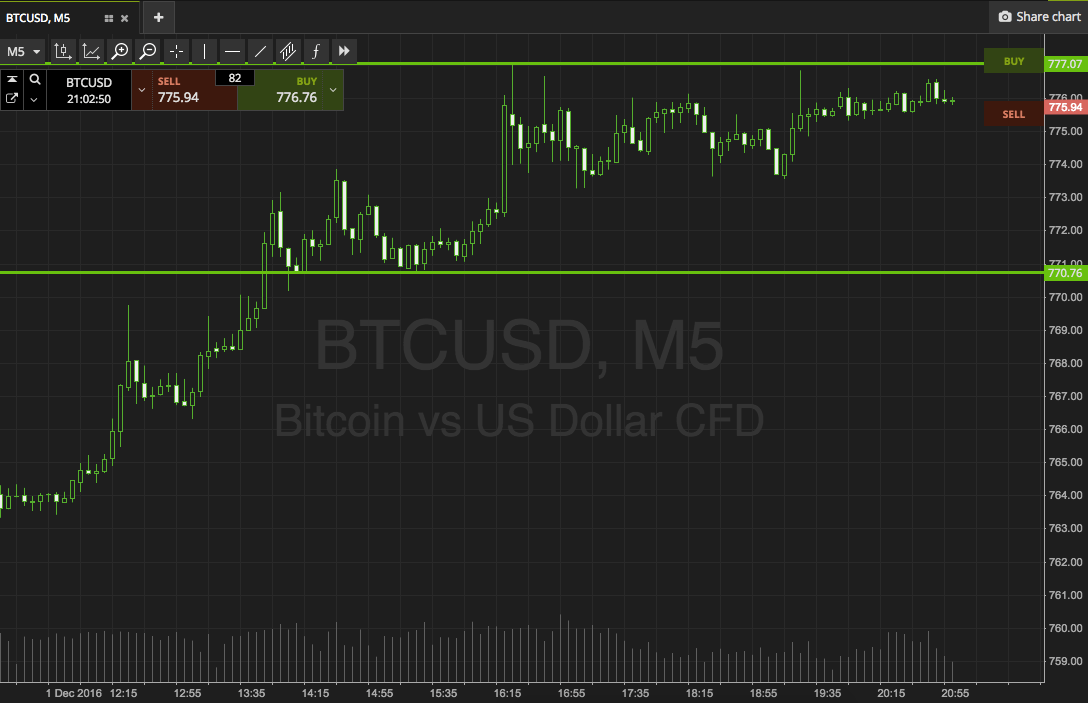 Ok, so that’s another day done, and it’s been a pretty quiet one. Action in the bitcoin price wasn’t overly volatile, and while we managed to get into one or two positions intrarange, it was nowhere near as ‘fun’ as we noted we hoped it might be in today’s earlier analysis.

We’ve got the remainder of the US session ahead, and we’re looking to get in and out on any volatility, with the goal being to close out the week on a high.

So, with this in mind, let’s get moving.

Take a look at the chart below to get an idea of what happened today, and where we’re looking to get in and out of the markets according to our intraday strategy.

So, as the chart shows, we’re looking at in term support to the downside at 770 and in term resistance to the upside at 777. There’s plenty of room for intrarange for this evening, so let’s take a look at that side of the strategy first.

If price bounces from support, we’re going to look to get in long, and target an upside target of resistance. A stop loss just the other side of the entry (around two dollars bellow support) will keep our risk limited in the event that price reverses and we get taken out of the trade.

A correction from resistance (i.e. if price touches our predefined resistance level and then corrects to the downside) we’ll get in short towards a target of support.

A close above resistance will get us in an upside trade towards an immediate upside target of 786. Conversely, if we see price close below resistance, we’ll look to get in short towards a target of 762.

As always, we’re keeping risk tight with some well placed stop losses, and somewhere around 775 looks good on the long trade, and 773 on the short position.