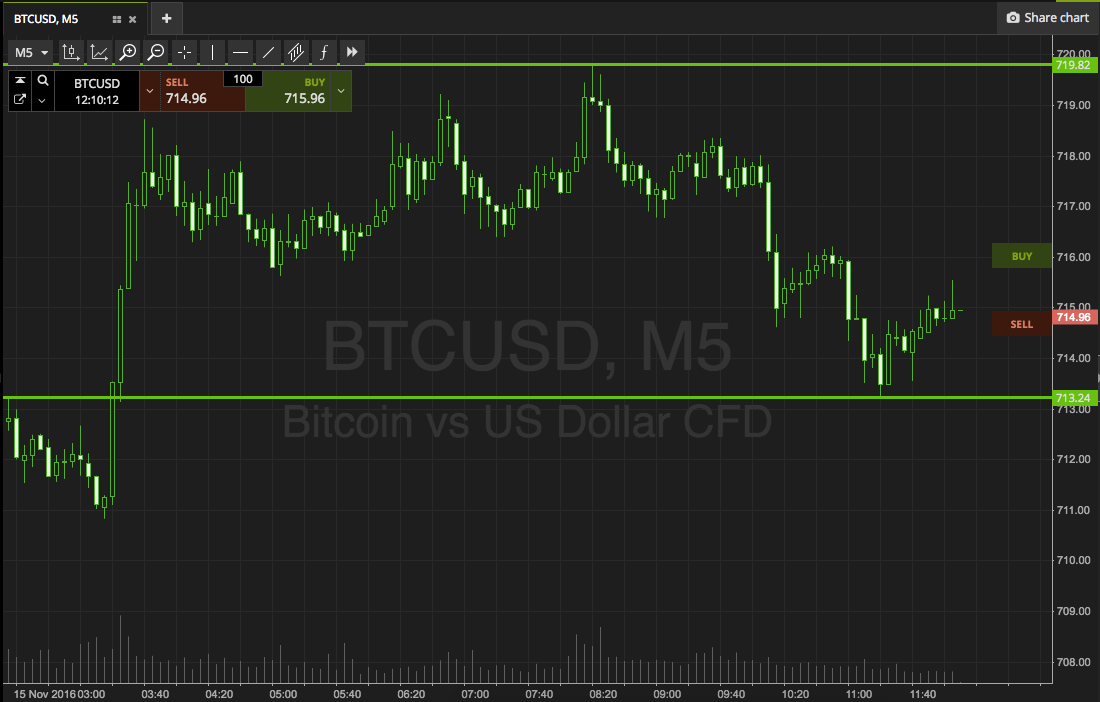 So let’s get things kicked off this morning. The week has been slow so far and we’ve not had too much action to go at. This isn’t too much of a big deal, as we’re still riding the wave of last week’s gains, and we don’t want to rush in to any trades and get chopped out of the markets prematurely. Last night we noted that the choppy action was a bit of a concern, given that price had trended pretty flat (albeit with a slight downside bias) throughout the afternoon session, and that the low volume might make for choppy waters.

Things were a little up and down, and we didn’t manage to get in on any succesfull trades, so we’re net flat heading into the markets as we move forward.

So, with this in mind, let’s take a look at the levels in focus.

Take a look at the chart below to get an idea of what’s on, and we’ll move forward into some specifics. As ever, it’s a five minute chart with our range overlaid.

As the chart shows, the range I focus is defined by in term support to the downside at 713, and in term resistance to the upside at 719. These levels are a little tight for an intrarange approach, so we’re going to go at things with a breakout strategy only.

Specifically, if we see price break through in term support, we are going to look for a close below this level to validate an immediate downside entry towards a target of 708. A stop on the position at 715 controls risk on the trade.

Conversely, a close above resistance will put us long towards 726. Again we need a stop loss (do we ever not?) and we’re looking at 717 to define our downside.