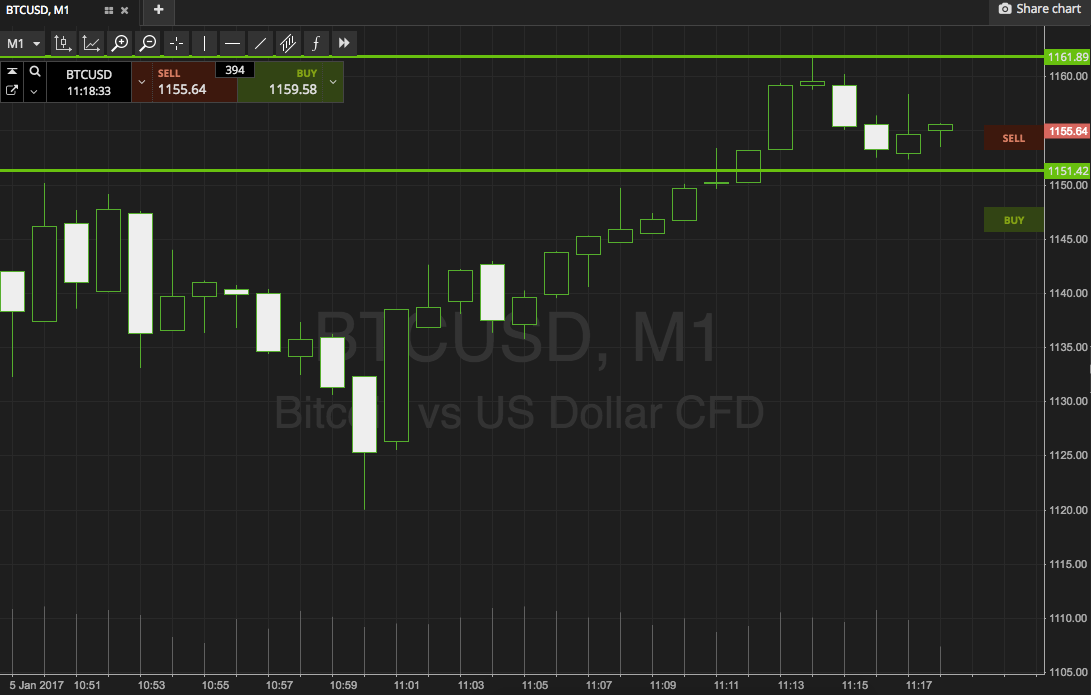 In yesterday evening’s analysis, our core focus was preparing for a large pullback on the gains we had seen across the last week or so. We surmised that the bitcoin price couldn’t just keep rising unchecked – at some point, people take profits off the table. As it turned out, when we published our evening analysis, we were only hours away from this correction. Price reached the 1300 level (which was a natural resistance level, we’ve talked about these sorts of psychologically important levels in the past), ran along sideways with that level for a while, then collapsed.

Lows reached just ahead of 1050, before price bounced a bit and then consolidated into this morning’s action. To be fair, the collapse wasn’t as serious as it might have been. ON these sorts of corrections, it’s not uncommon for price to fall, not bounce, and consolidate around the lows of the correction. The silver lining here, then, is that we got a pretty serious bounce in the bitcoin price post-correction, and this has taken the sting out of the initial decline. Where we go from here is anyone’s guess. If I was to take a stab at it, I’d say the correction’s not quite done. The US markets are yet to get underway, and I think once traders see there’s been a decline overnight, they’ll feel the best course of action is to pull some profit off the table. There may be some speculative discount seekers coming in to the market, but I think the sellers will outweigh them.

Anyway, looking at today’s intrarange levels, we’re going for in term support at 1151, and resistance at 1161. If price breaks through support, we’ll get in short towards 1140. Stop at 1155. A close above resistance will signal long towards 1170, with a stop at 1158 defining risk.