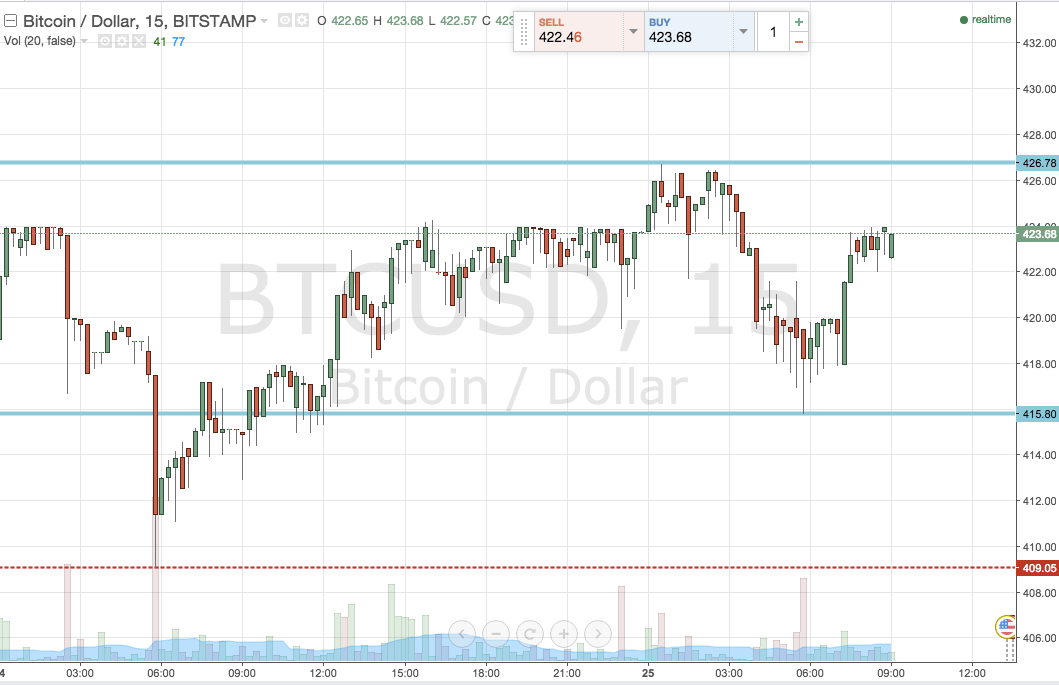 It’s been a pretty exciting week in the bitcoin space – and it’s not yet over. We’ve had a number of fundamental factors that have built into price, we’ve seen monthly highs and a subsequent decline to weekly lows, and a handful of consolidatory action. What’s on the cards for today’s European session remains to be seen, but as ever, we’ll set up our intraday breakout framework against any potential volatility and aim to draw a profit on the movement. Overnight action saw a decline through our range. We got into the markets long on an upside break of resistance, but were quickly taken out as price reversed bank into the range. Shortly after that, however, we got a correction from resistance and got in short towards support on an intrarange trade. This one worked out a little better, and we hit our target shortly after, nullifying the stop loss hit earlier in the session and ending the day net black.

So, as we head into today’s session, where are we looking to get in and out of the markets, and what are the levels we will be looking to target, as well as defend our downside? Take a quick look at the chart below to get an idea of what’s on.

Let’s get to it. Today’s range (or at least the range for this morning) is defined by in term support at 415.80 and in term resistance at 426.78. It’s a wide enough range to bring our intrarange strategy into play, so to quickly address that: long at support on a bounce, short at resistance on a correction, stop one or two dollars the other side of the level that defined the entry.

Breakout now. A close above resistance puts us long towards 432 flat, stop at 424.5 defines risk. Conversely, a close below support will signal a short position towards 409 flat. It’s a little tighter than the long trade, so a tighter stop is necessary – somewhere in the 416.5 region looks good.