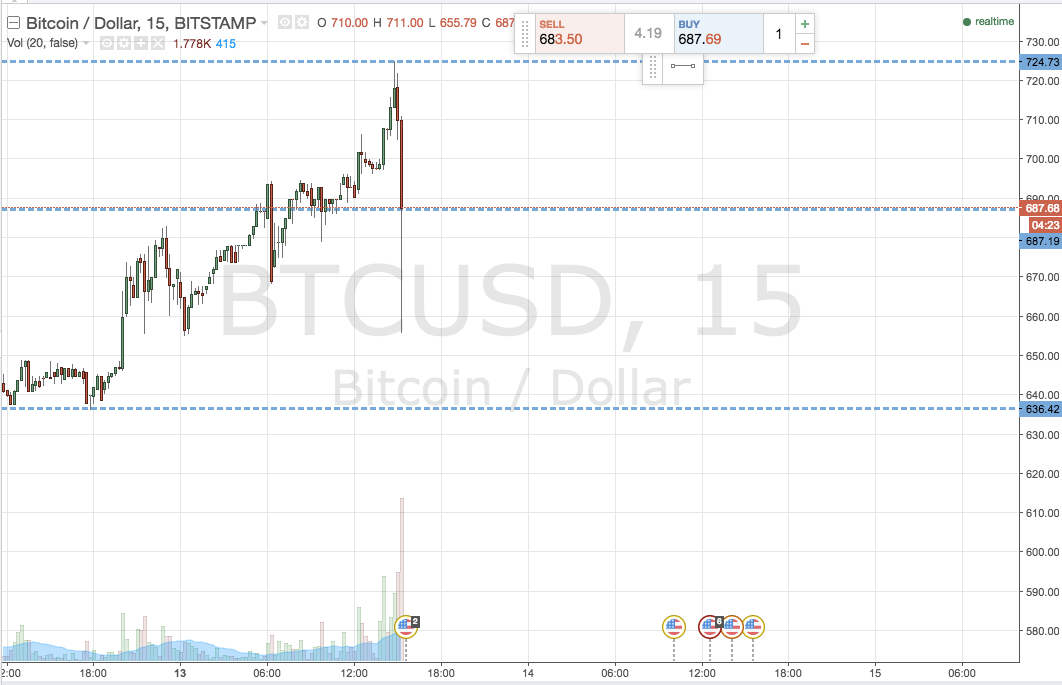 So we are coming to the end of what has been a pretty eventful day in the bitcoin price. In this morning’s analysis, we noted that price over the weekend had gained to fresh highs, and that today, we would likely see a correction of these highs, or a continuation if price could break through the 700 mark. We set up so that we could enter according to our breakout strategy in either scenario, and as it turns out, the latter of these two situations proved to be the correct one. Price broke through 700, we entered along toward 710, and booked profits on the trade shortly thereafter.

Now, as we head into a fresh session this evening, what are we looking to trade in the bitcoin price, and what did today’s action tell us about what we can expect this evening? As ever, take a quick look at the chart below to get an idea of the range we are focusing on.

First, it is worth mentioning that there still remains the potential for a major correction on the current price. A large portion of the market is speculative, and these speculative positions must book profits at some point. When they do, and price starts to reverse, we may see a wave of extended profit booking, and by proxy, a selloff. It’s worth being aware of this near term. That said, let’s look forward.

So, as the chart shows, the range in focus for this evening is defined by in term support at 700 flat and resistance at 724.