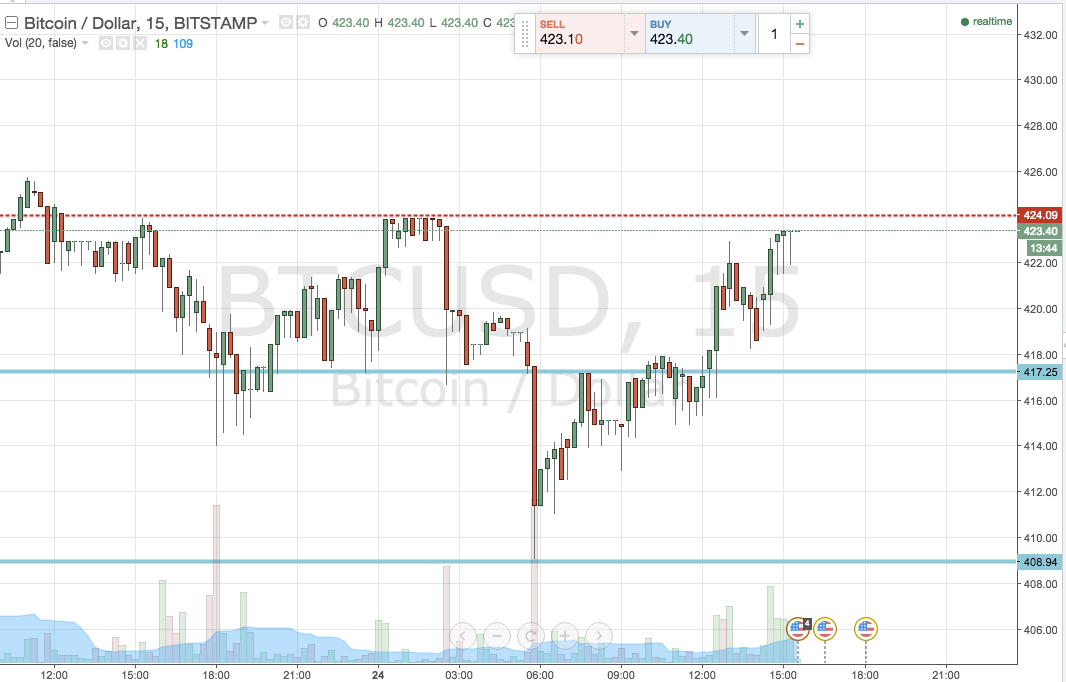 As I write this, we are a matter of cents away from picking up a nice upside gain in the bitcoin price intraday strategy. In our piece this morning, we outlined the range we were going to focus on for the remainder of the European morning session and the majority of the afternoon’s trading, and that range was broken to the upside a little while ago. Unfortunately, on the first break, the bitcoin price broke back within the range and (just!) took out our stop for a small loss. However, shortly after that loss, price broke back above resistance and gave us a second opportunity for an entry. This time, we have seen a sustained run up, and just need a slight kick up on the next couple of candlesticks to close out our session on a high.

If you’re not in a trade, however, there’s still plenty of opportunity for entries this evening, and beyond that, in to the Asian session. It looks like the bulls have taken back a little bit of control throughout this session, so an upside run would be nice, and looks plausible. With this said, our target was chosen because it has offered up some resistance in the past, and there’s every chance that this could happen again (hence its choosing). As such, we may see an interim correction and a shift to the downside if our target get’s hit.

This puts two, near term entries on the table. The first assumes we break our target (424) flat – action that would signal a long trade towards an immediate upside target of 430 flat. A stop just below our current target – circa 422 – gives us a nice risk reward profile.

The second trade assumes our target holding firm, and a correction from current levels. If we see this, it would put us short towards in term support, with a stop just above 426 protecting our downside.