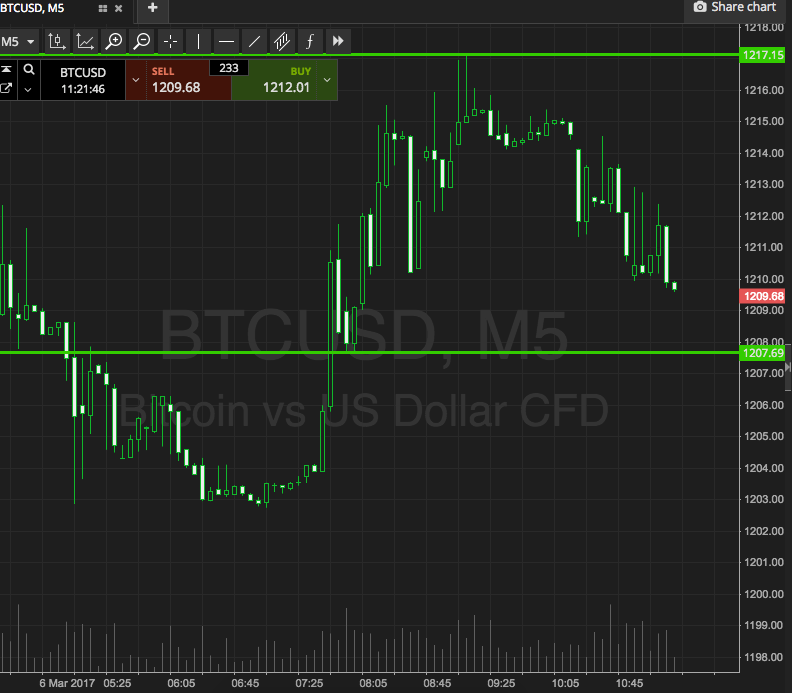 Another Monday, and other week of trading ahead of us in the bitcoin price. Thinks have been pretty interesting as late. We noted throughout the week last week that we were focusing on 1200 as a primary near term target, and that the breaking of this level would suggest a longer term upside bias. We got the break, and now we are in the midst of the run. The action we are seeing in the bitcoin price right now (on the daily charts, this is) is often seen in the more traditional financial asset markets; forex, equities etc. Price runs up suddenly, reaches fresh highs and then corrects sharply as the shorter term players take profits of the table. This is what happened early 2017, when price ran up to the circa 1300 mark and then fell back down to 7-800. After the correction, price floors, and the upside momentum resumes. This time around, however, it’s much more stable, and the value appreciation is steadier. Steady is good, as it indicates a longer term revaluation as opposed to a short term spike. What this means, in turn, is that we may see a correction near term, but it is likely to be far shallower than the one we saw a couple months ago. I’d be surprised if we broke 1,000 to the downside. Very surprised.

So, where does this play into today’s session?

Well, take a look at the chart below t get an idea of the range for this morning out of Europe.

As the chart shows, the range we are looking at this morning is defined by support to the downside at 1207, and resistance to the upside at 1217. We’re going for a standard breakout strategy approach today, so if we see price break above resistance, we’ll be in long towards 1240. A close below support puts us in short towards 1200 flat.