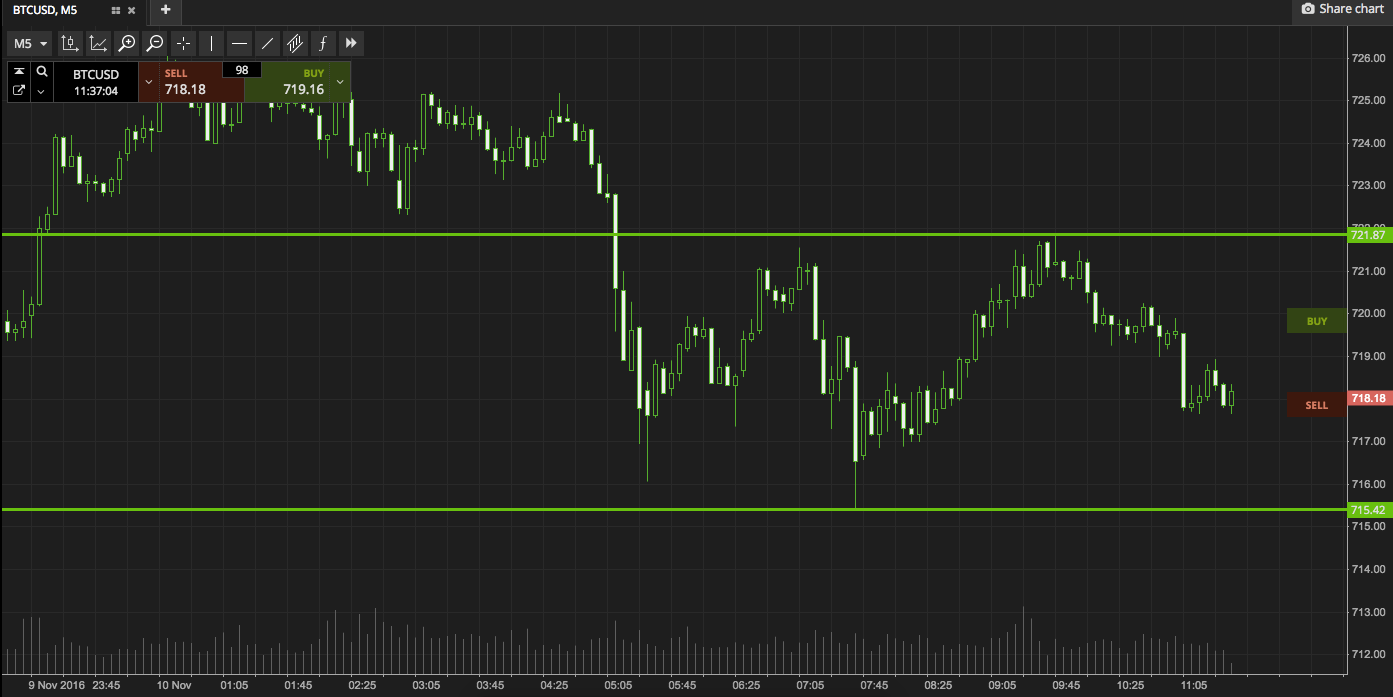 In the immediate aftermath of the election in the US, global markets responded just as analysts expected in the event of a Trump win – they declined. Almost immediately, however, once the decline tapered off, we saw a recovery, and pretty much across the board, markets closed up or flat, or if down, only by a small amount, on the day’s open.

This is a sign that sentiment may not be as adversely affected by what I guess we could call a pretty solid black swan event – not in this instance, at least. This, in turn, isn’t great for bitcoin. Many behind the scenes (and most out in front) were sort of hoping that a situation such as the one in which the US now finds itself would trigger some degree of risk of sentiment. Risk off sentiment generally translates to a flight to precious metals, and to date, bitcoin has somewhat correlated with this flight. Risk off, bitcoin goes up. It’s a fringe response, of course, and over time the assumption is that the threshold that defines this fringe will shift farther and farther towards the mainstream, but there’s generally a flight nonetheless.

Well, unfortunately, things haven’t really played out as many hoped. Price is down a little bit over the last few days, and while we remain above the magic 700 mark (so we shouldn’t really be complaining) it’s tough to say exactly where things are going next.

As usual, however, I’m rambling.

Our intraday strategy doesn’t really care what happens next (as long as price moves), so let’s just move on and get to the key levels.

The chart above highlights our range – in term support to the downside at 715 and in term resistance to the upside at 721. Breakout only for the session, with a long entry on a close above resistance towards 728, and a short trade on a close below support toward 708.

Stops just the other side of the entry to keep risk under control.