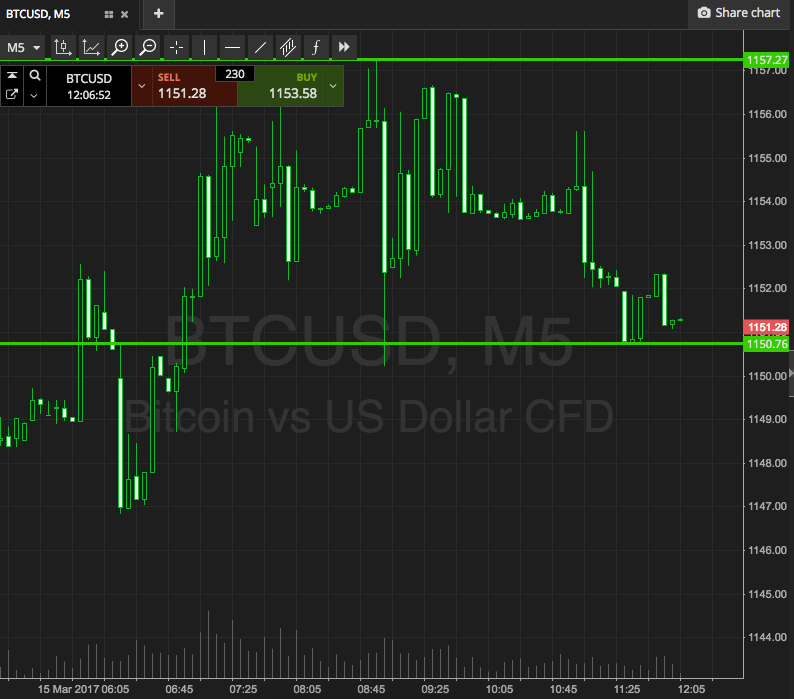 In yesterday’s analysis, we noted that the bitcoin price looked as though it was going to stay pretty steady throughout the evening, and that this steadiness would bring with it some sideways trading.  As it turned out, that is pretty much exactly what happened. We did get a couple of jumps, and we were able to get in and out of the markets according to the rules of our intraday strategy on the jumps, but nothing spectacular, and we still remain pretty much enveloped within our longer-term focus range.

With that said, this has been a pretty tough week or so on the bitcoin price, with some fundamental factors playing against a longer-term bullish thesis. That price has not declined any farther than it has is something of a surprise, and also bodes well going forward. Why? Because the spike down on the negative event (the ETF decline) was only a spike, and price has pretty much recovered to pre-event levels post-event. This indicates that there is some strength around the levels, and that we should see nothing but upside momentum near term.

So, with that said, and as we head into today’s European session, here is a look at what we’re going for, and where we are looking to get in and out of the markets according to the rules of our intraday strategy. As ever, take a quick look at the chart below to get an idea of what is on.

As the chart shows, the range we are focusing on today is defined by support to the downside 1150 and resistance to the upside at 1157. If we see price break above the latter, we will look to get in long towards an upside target of 1167. A close below support, on the other hand, will put us in short towards 1140.