Bitcoin Price Watch; Riding Out The End Of The Week 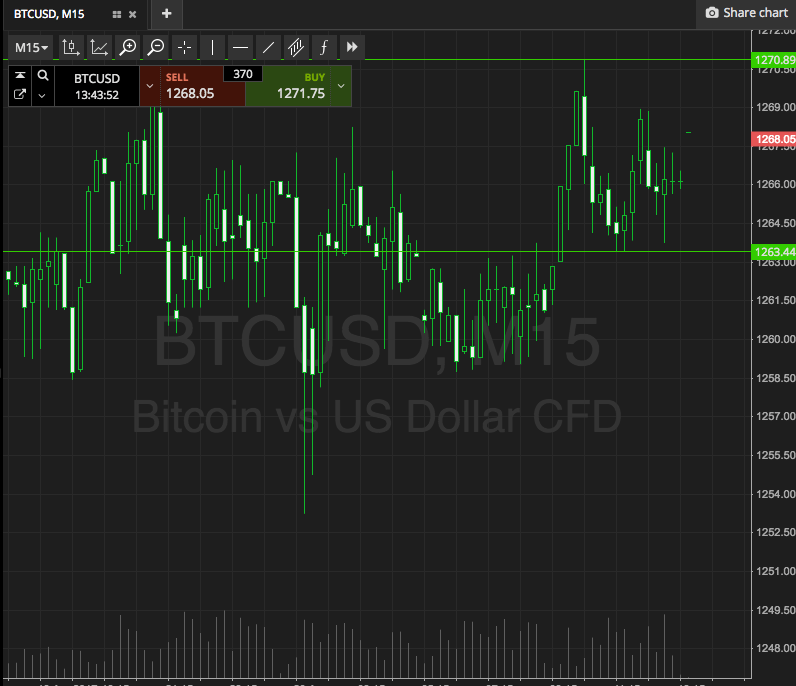 OK then, let’s get things kicked off for the day out of Europe. After what was a pretty exciting start to the week, things seem to have settled down a little bit as we head into the later stages. The bitcoin price has spent the last couple of days ranging between the 1240-1270 range, and while we’ve seen the odd breakout from this range on the shorter, intraday timeframe, we’ve not been able to get into anything sustained, and we’ve had to make do with short sharp choppy trades. After the start of the week that we saw, this isn’t too much of a bad thing. We managed to pull a few decent sustained profits from the market early week (and towards the end of the week last week) so all remains well.

Anyway, that’s enough fluff. Let’s get some key levels outlined for the session today, and see if we can pull a profit from the market on any volatility – be that breakout sustained or a sharp choppy trade.

So, take a look at the chart before we get going. Last night we widened things out to the thirty-minute timeframe. For this morning’s session out of Europe, we’re going to shift back to the fifteen-minute frame. As ever, the chart below has our key range overlaid in green.

As the chart shows, then, our focus range for the session today is defined by support to the downside at 1263, and resistance to the upside at 1270. That’s a tight range, so we’re going to go after price with a breakout approach only – no intrarange action.