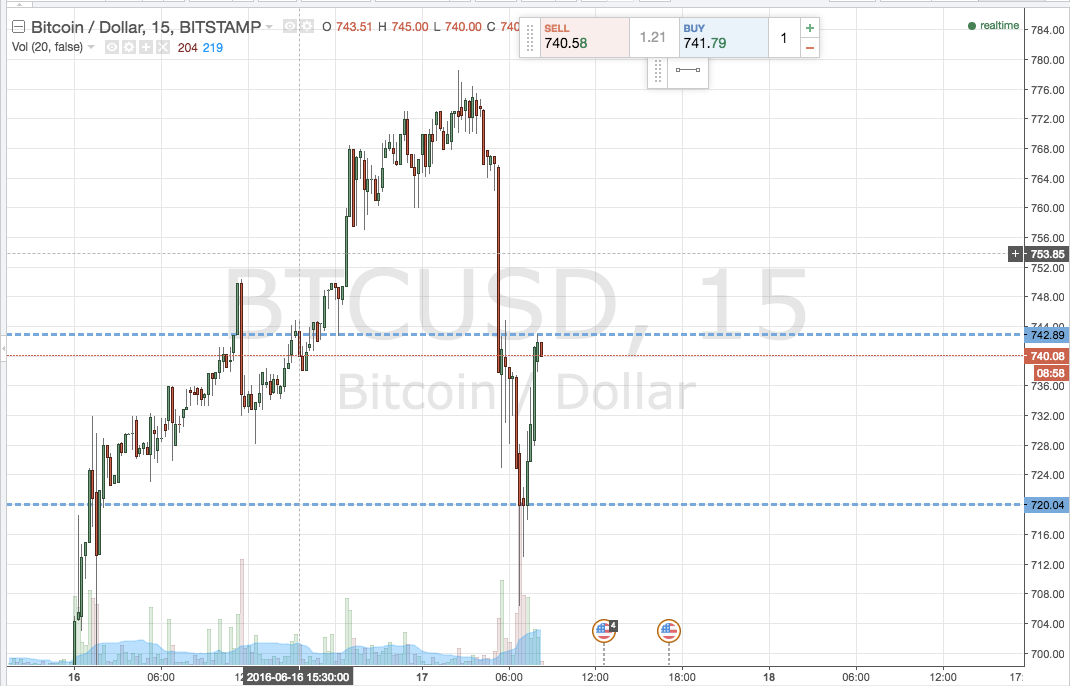 So we’ve come to the end of the week, and its time to take a look back at how our intraday bitcoin price watch strategy performed against recent action. It has been a pretty wild week, especially when compared to some of the weeks we’ve had of late, so there has been plenty to go at from a breakout perspective. Specifically, we managed to get into the two upside runs – one at the beginning of the week that saw price break the 650 flat mark and then one just yesterday (well, Wednesday Asian session if we are being picky) that brought price to trade just ahead of intraday (and monthly high) of 750. We also managed to get into price action a couple of times on intrarange trades, with our usual long at support and short at resistance approach. Of course, it goes without saying, that we have also been chopped out on a couple of occasions.

Anyway, we still have one day left for the week. As we head into the Friday session, here’s a look at how we are going to attempt to get in and out of the markets one or two last times today in an attempt to draw a final profit from the market and add to our net gains.

So, first up, take a quick look at the chart below to get an idea of what’s on. It’s a fifteen-minute candlestick chart showing the last twenty-four hours of action.

As the chart shows, the range in focus today is defined by in term support at 720 and resistance at 742.

We are going to go at price with a breakout strategy only, so a close above resistance will signal long towards. 750.

A close below support will put us short towards an initial downside target of 710, and a stop on this one at 724 will keep our risk tight.