Bitcoin Price Watch; Setting Up Against The Volatility 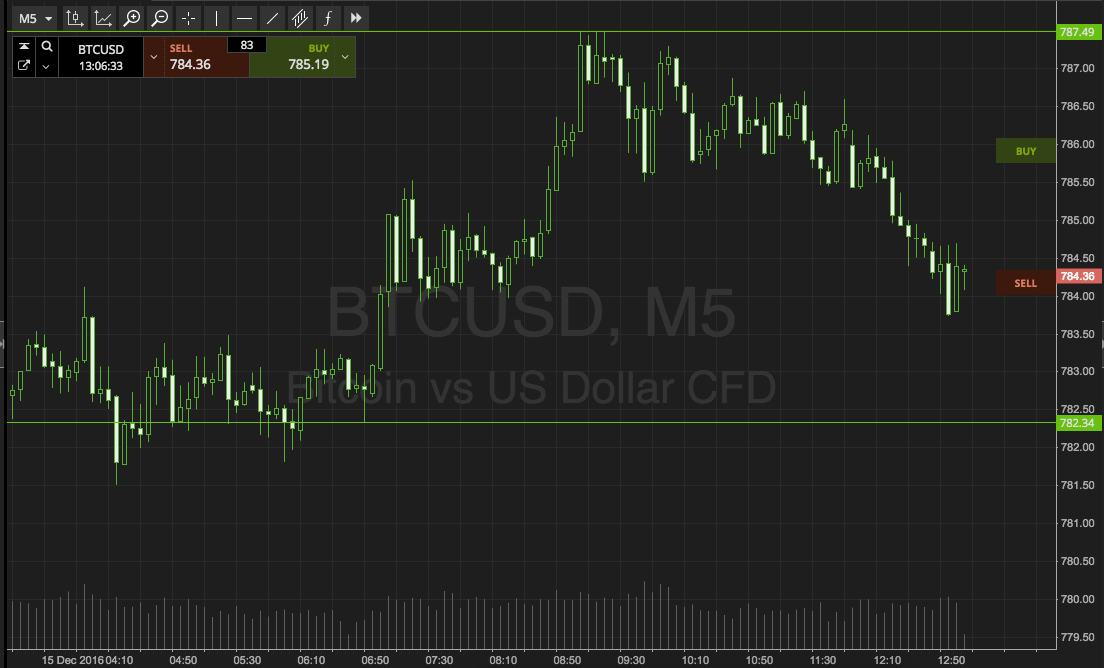 Ok then, let’s get things kicked off for the day. The week has passed by pretty quick this week, but that doesn’t mean we haven’t had any action of note in the bitcoin price (that is, except yesterday’s European daytime session – that was pretty dull. The most important thing is that we are heading into the close of the week and we’ve yet to touch 800 flat. The longer this level remains inactive, the more important its going to become from a breakout perspective. Why? Because it’s a sort of self fulfilling mover. Price is going to break through it, and because it’s a level that we (and may others) have been watching for some time, the break is going to fill a lot of buy orders. This happens in forex, it happens in the equities markets, and it’s more thank likely going to happen in crypto. It has done before. We’ve seen breaks of round hundreds serve up double digit dollar runs, just on the back of the level break. We were there to take advantage of them then, and we’ll be ready when this one finally pops.

So, with this in mind, and as we move forward in to the session this morning, let’s take a look at where we’re setting up against price, and where we’ll look to get in and out of the markets on any intraday volatility.

As ever, take a quick look at the chart below before we get going. It’s an intraday bitcoin price chart, five minute candlesticks, and a circa twelve-hour scope.

As the chart shows, the range in focus for this first European session is defined by in term support to the downside at 782, and in term resistance to the upside at 787. If we see a break of either of these levels, we will look to get in to a position that reflects the direction of the break. A long trade will put us in towards 795, and a short trade will put us in towards 775.