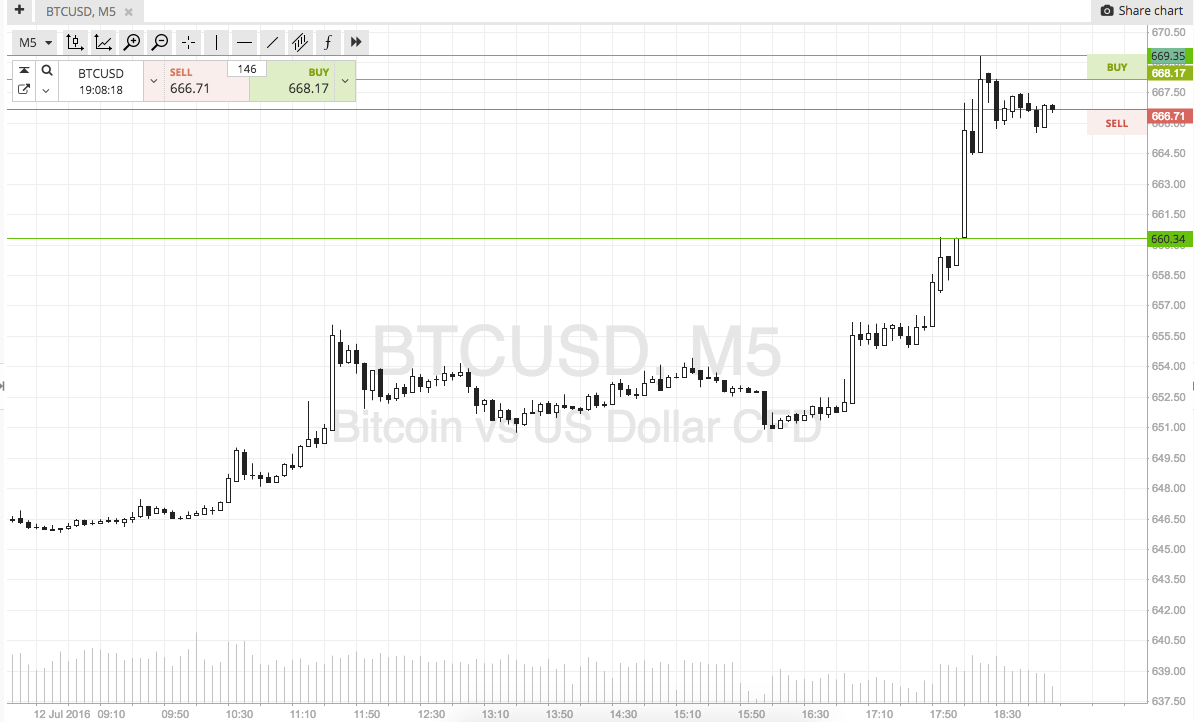 This morning, we discussed the fact that price had finally decided to serve up some volatility and that – as a result – we were able to get into an overnight breakout trade and draw a profit from the market. We opined that, based on the volatility we saw, the markets might be finally starting to unwind a little. As a result, we mentioned that we might see a little bit of follow up volatility today. We didn’t know in which direction the action would take us, but we set up against both sides in anticipation of a potential entry.

Well, action has now matured throughout the session, and it turns out we were correct. Price broke through the level we slated as in term resistance shortly after we published the first of our two analyses, and having stuttered a little bit and bounced along broken resistance, we eventually ran up to our medium term target a little earlier this afternoon.

That’s a nice profit draw, and as we head into this evening’s session, we’re hoping t replicate this strategy.

So, moving forward, here’s a look at how we are approaching the bitcoin price, and where our revised key levels (taking into account today’s action) now sit. As ever, take a look at the five-minute candlestick chart below to get an idea of exactly what’s on. It’s got our fresh range overlaid in green and shows today’s action.

As the chart shows, we’ve shifted our range to the upside to incorporate today’s action, and we are now looing at 660 flat to the downside as support, and 669 to the upside as resistance.

If price breaks and closes beyond either of these two levels, we will look to enter in line with the break and target a reward of somewhere in the region of $10. A stop around $3 behind our entry works to define risk.