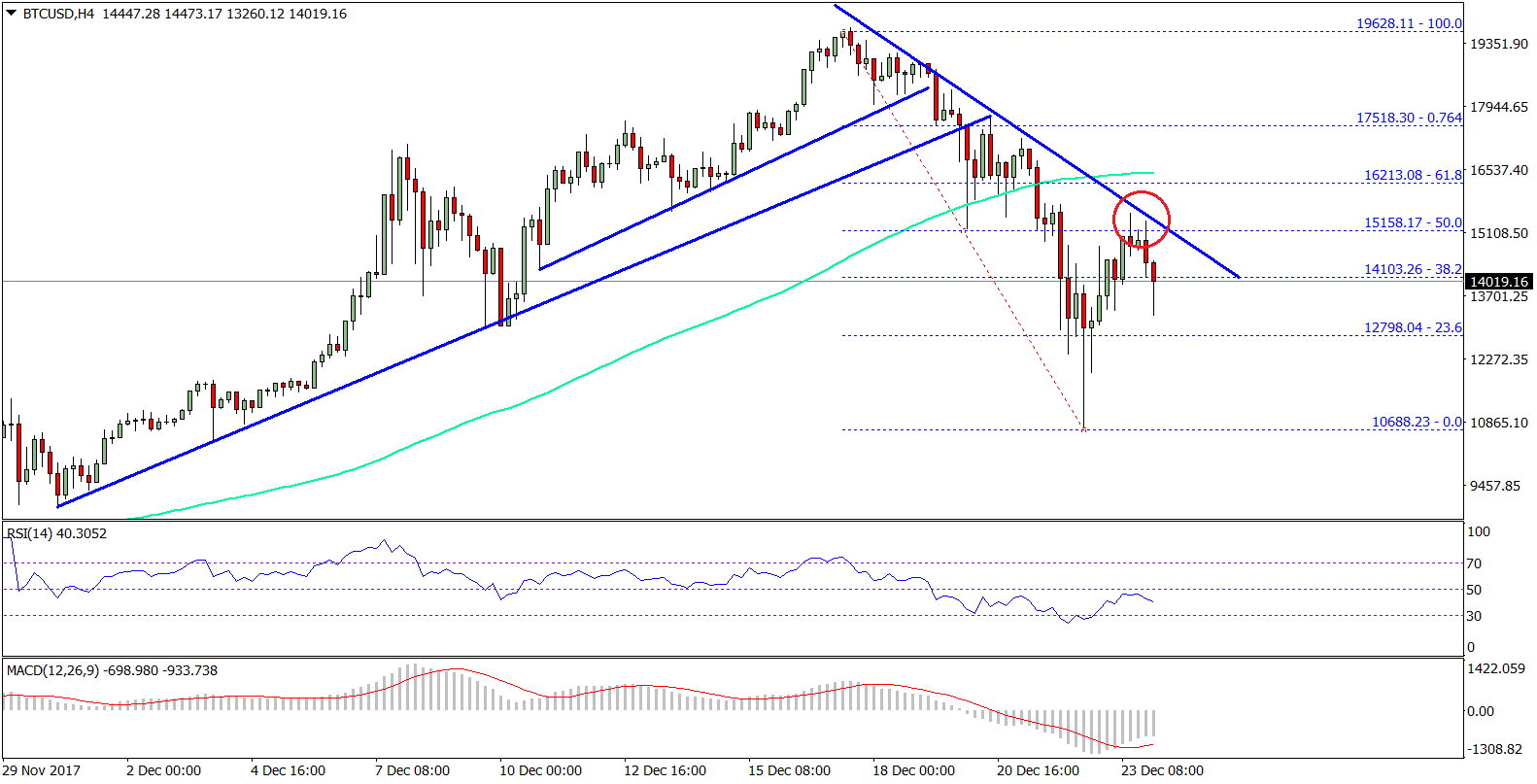 Bitcoin price declined sharply toward $10,000 against the US Dollar. BTC/USD is currently recovering, but it is facing a lot of selling pressure.

After a great upside run toward the $20,000 level, bitcoin price faced selling pressure against the US Dollar. There was a sharp decline below the $18,000 and $15,000 support levels. More importantly, there was a break below two important bullish trend lines with support near $17,800 on the 4-hours chart of BTC/USD. These trend lines break opened the doors for more losses and the pair tumbled below the $12,000 level. A low was formed at $10,688 from a minor recovery wave was initiated.

On the flip side, if the price continues to move down, then there can be more slides toward $12,500 in the near term.

4-hours MACD – The MACD is reducing its bearish slope.

4-hours RSI (Relative Strength Index) – The RSI is struggling to move higher and is below the 50 level.