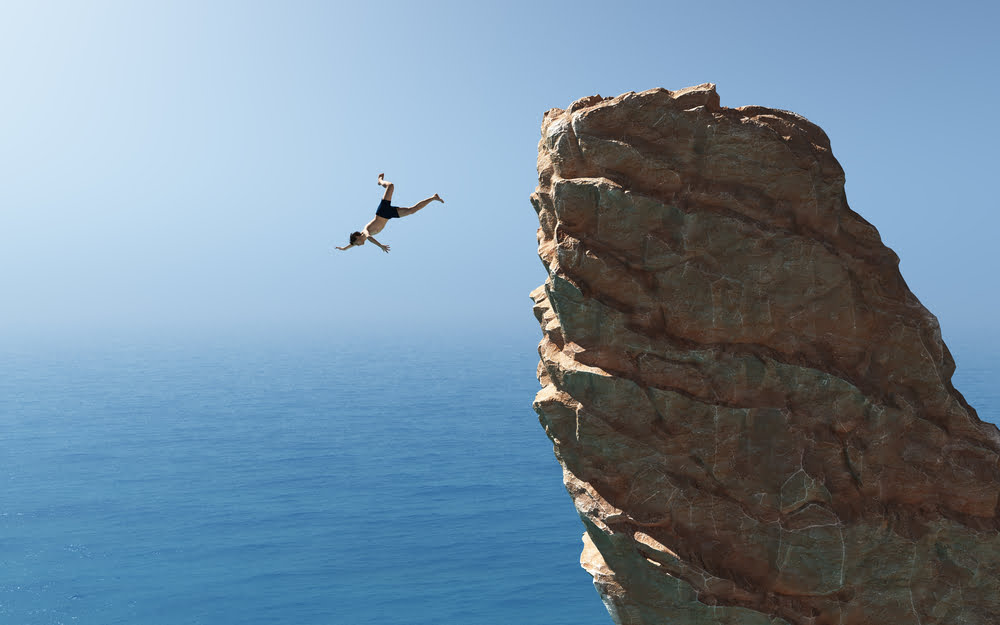 Bitcoin prices remain vulnerable to more dives even as top analysts print a rosy picture for the cryptocurrency.

The bitcoin-to-dollar exchange rate appears trapped inside a technical range, dubbed as Symmetrical Triangle, since March 12. The pair is oscillating between two converging trendlines as it marches towards the Triangle’s apex. The pattern shows a weak buying demand near the Resistance and a similarly low selling pressure near the Support.

A Bearish Setup in Play

Bitcoin’s price consolidation could exhaust upon reaching the apex of the Triangle – or before.

Such a scenario would prompt a breakout, wherein bitcoin could break above the Resistance or below the Support. The probability of it breaking below the Support Trendline is higher because of bitcoin’s prevailing downside sentiment. Symmetrical Triangles are continuation patterns – they typically move in the direction of the previous trend.

A move towards the south could lead bitcoin to as deep as the height of the triangle, according to textbook definitions. That would bring the cryptocurrency down to near $3,350 as its early downside target. A premature breakdown, at the same time, could lead bitcoin further below the $$3,350 level.

The short-term bearish setup does not deviate bitcoin from hitting new highs as it heads further into 2020, according to some top analysts and important figures inside the cryptocurrency industry.

Former hedge fund manager Raoul Pal believes bitcoin to behave as a savior for investors that are suffering due to the ongoing financial system collapse led by the Coronavirus outbreak. The RealVision’s CEO/Co-founder said in a tweet published Thursday that bitcoin’s recovery would be even bigger than gold, a traditional asset that typically acts as safe-haven in times of global crisis.

“I can not express how bullish I am on bitcoin. We are at risk of losing the entire system right now. I know they will find a way to save it but all trust is lost,” he noted.

That had brought bitcoin’s price down by more than 50 percent in just 30 minutes.

Willy Woo, a blockchain statistician, said Thursday that bitcoin is gradually breaking its short-term positive correlation with the rest of the financial markets. He further cited data that showed crypto miners returning to work after the recent hash-rate drop.

Bitcoin Miners Energy Ratio made a strong rebound, lots of energy being pumped into the network. Bullish. (Data from Cambridge Centre for Alternative Finance) pic.twitter.com/8qAbBaaa01

At the press time, Bitcoin was trading at $5,703 per token, up more than 5 percent into the day. Meanwhile, US stock futures were hinting a drop of 400 points after the New York market open.

Tags: bitcoincoronaviruscryptocurrency
Tweet123Share208ShareSend
Win up to $1,000,000 in One Spin at CryptoSlots