Cardano price tumbled recently against the US Dollar and Bitcoin. ADA/USD could correct higher, but upsides may be capped by the $0.2300 and $0.2400 levels.

There was a crucial downside move initiated from the $0.2600 swing high in ADA price against the US Dollar. The price declined and broke many supports such as $0.2500 and $0.2400. More importantly, there was a break below a significant support at $0.2300, opening the doors for more losses. It is now trading well below the $0.2300 level and the 100 hourly simple moving average. 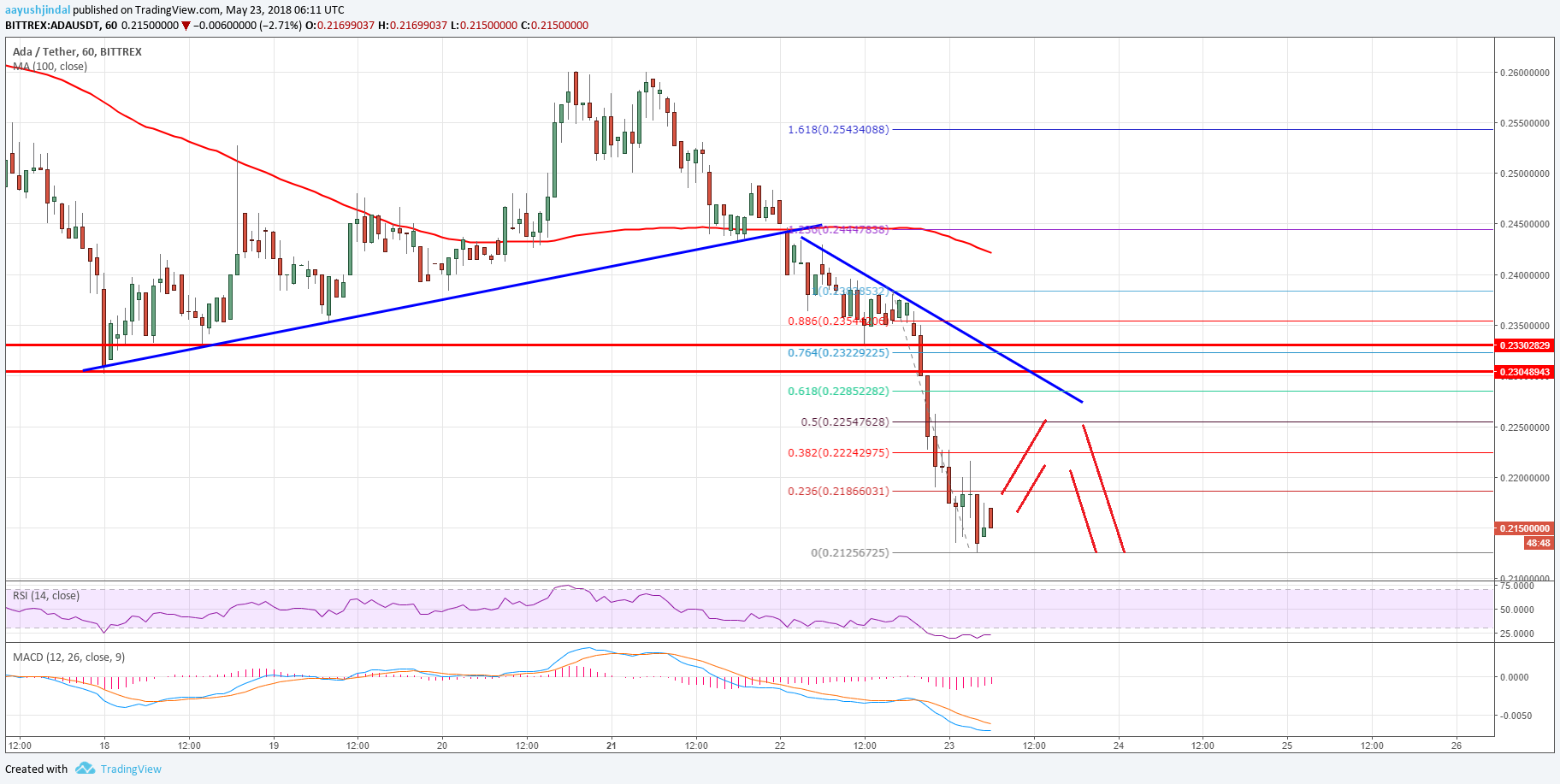 Hourly RSI – The RSI for ADA/USD is near the oversold levels.