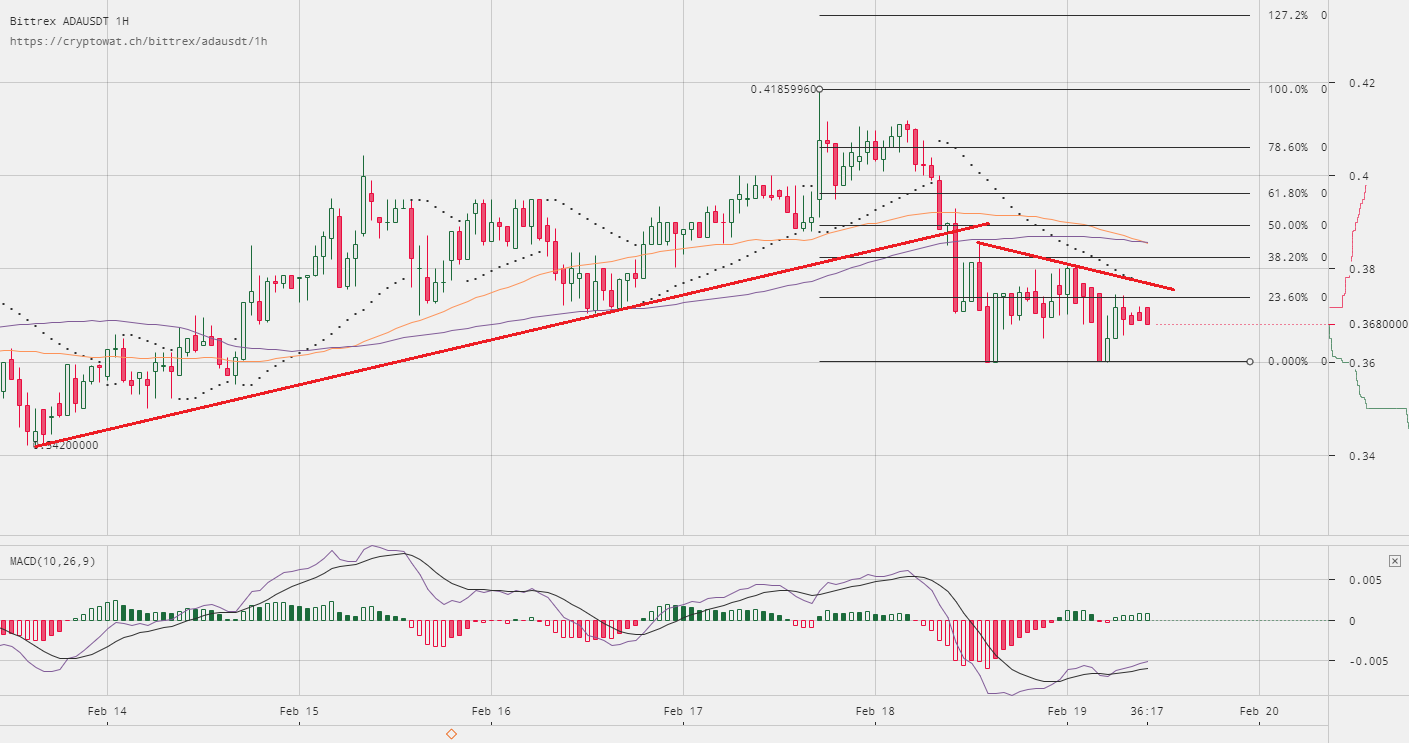 Cardano price is under bearish pressure against the US Dollar and Bitcoin. ADA/USD could break the $0.3600 support and decline further in the near term.

There was a slight upside move in ADA price above $0.4000 this past week against the US Dollar. The price traded as high as $0.4185 and it later started a downside move. It declined and broke the $0.4000 support. It also traded below $0.3800 and the 14 hourly simple moving average, which is a negative sign. Moreover, there was a break below a major bullish trend line with support at $0.3850 on the hourly chart of the ADA/USD pair.

Hourly MACD – The MACD for ADA/USD is slightly placed in the bullish zone.