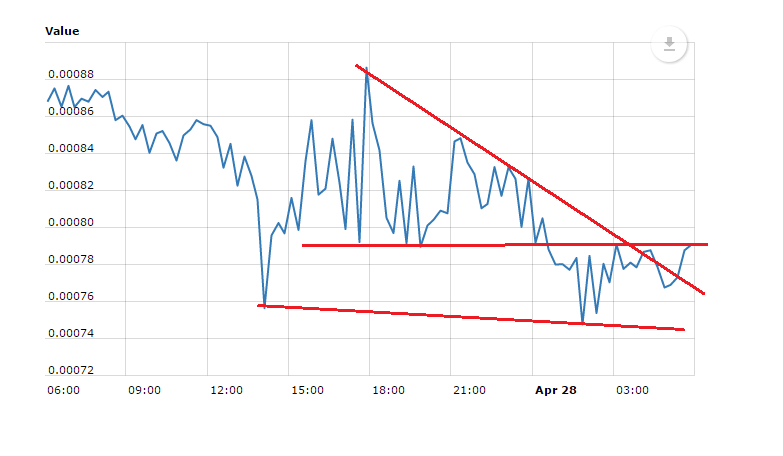 Creditbit price was under pressure recently and moved towards 0.00075BTC against the Bitcoin, and now attempting a recovery.

In the last analysis, we saw how there was a bounce back in Creditbit price from 0.0008BTC against the Bitcoin. However, the upside move was limited, as the price faced sellers near 0.00089BTC and later moved down. There was a sharp downside move, as the price moved below 0.00085BTC and even 0.00080BTC. There was a new low formed at 0.00075 from where the price started a recovery.

Recently, the price broke the 23.6% Fib retracement level of the last decline from the 0.00089BTC high to 0.00075BTC low. This has provided a chance for buyers to take the price further higher. There was also a break above a bearish trend line with resistance at 0.00078BTC on the 1-day chart of CRBIT/BTC. This is another positive sign towards 0.00085BTC. However, the price needs to clear a major hurdle near 0.00079BTC.

Hourly RSI – The RSI for the CRBIT/BTC pair is just below the 50 level, and attempting a move higher.