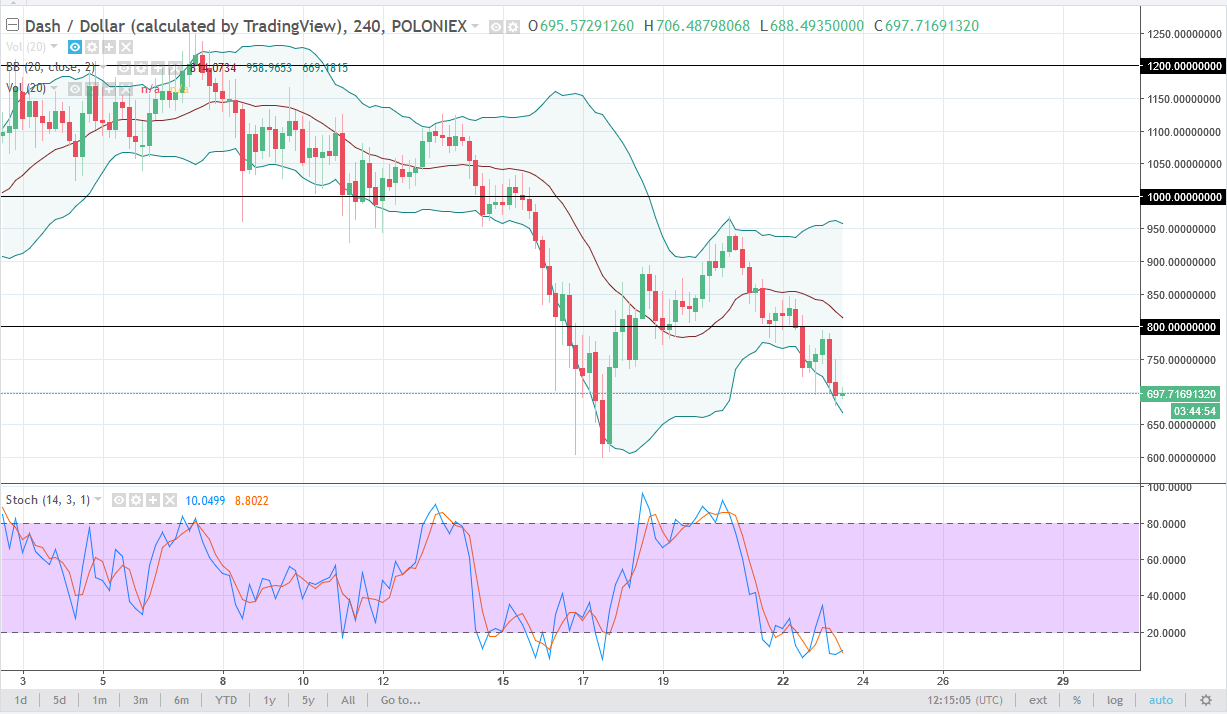 DASH tried to rally initially during the day on Tuesday but found the $800 level to be resistive. Because of this, the market looks likely to go down to the $600 level, as we have seen negativity yet again during the day. Ultimately, the $800 level will be a resistance barrier, with $600 offering support. Do not be surprised if we break below that level later. Litecoin also drifted lower, reaching towards the $165 level. The market looks likely to test the lows again, which means we are going to go to the $140 level. It’s not until we close above the $200 level that I believe the market has a chance of rallying with any type of significance.