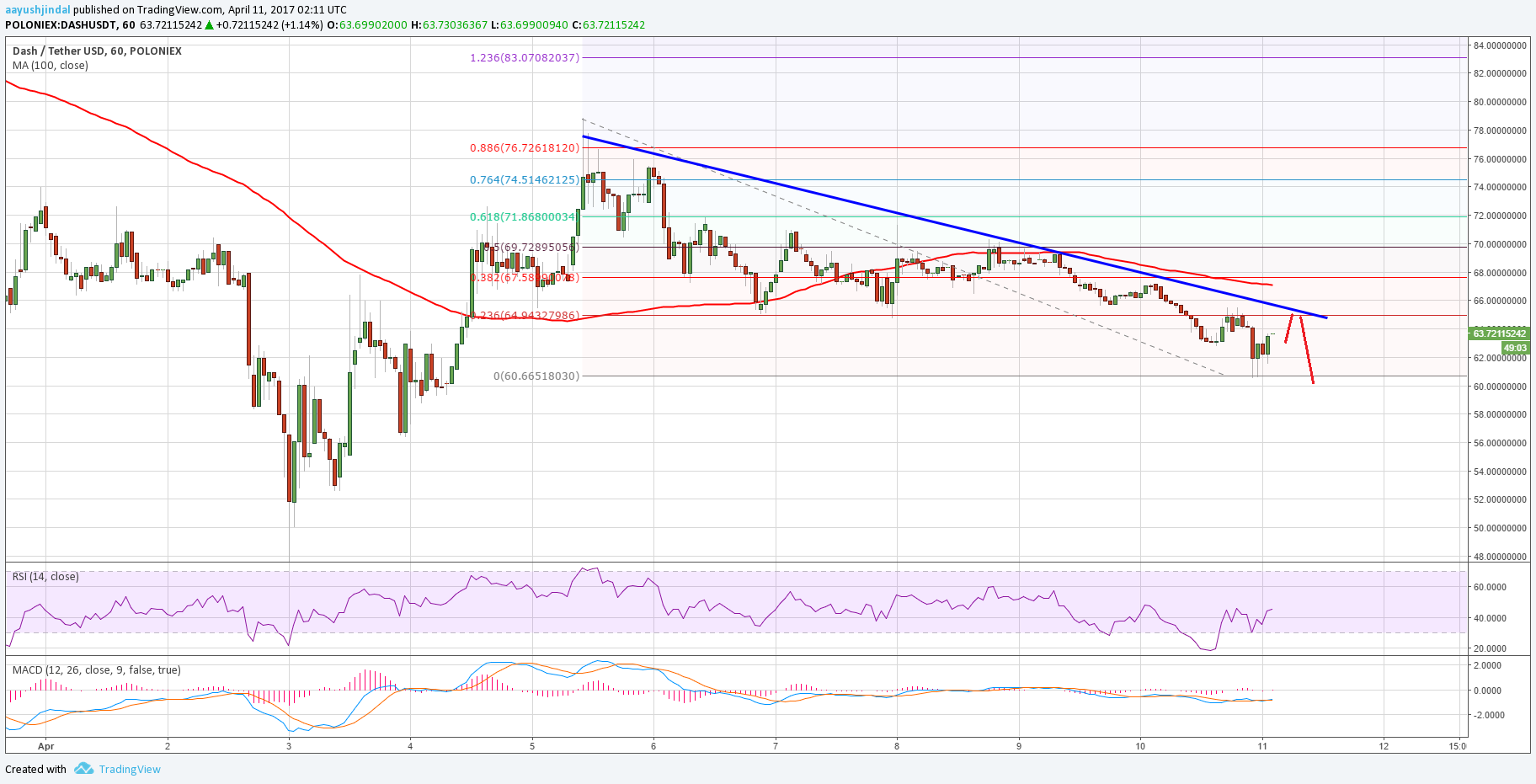 Dash price (DigitalCash) is in a declining streak against the US Dollar, but the $60 support now holds key for DASH/USD moving ahead.

Recently, there was a rise above the $70 level in Dash price against the US Dollar. A new high was formed just below $80 at $79 before the price faced resistance and moved down. During the downside move, the price broke the 38.2% Fib retracement level of the last wave from the $44.90 low to $79.05 high. It ignited a downside move and the price traded below the $65 level. The most important break was below the 100 hourly simple moving average at $67.00.

However, the price later found support near the 50% Fib retracement level of the last wave from the $44.90 low to $79.05 high. At the moment, the price is holding the $60 support area and trading in a tight range. It may attempt to move higher towards $68, but likely to face sellers. An initial hurdle is near a bearish trend line with resistance at $66 formed on the hourly chart of DASH/USD. The same trend line resistance also coincides with the 23.6% Fib retracement level of the last decline from the $79.05 high to the recent low of $60.65. So, it won’t be easy for sellers to break $67-68 for more gains in the near term.

Hourly MACD – The MACD for DASH/USD is currently flat with a minor bearish bias.

Hourly RSI – The RSI for DASH/USD is recovering, but well below the 50 level.