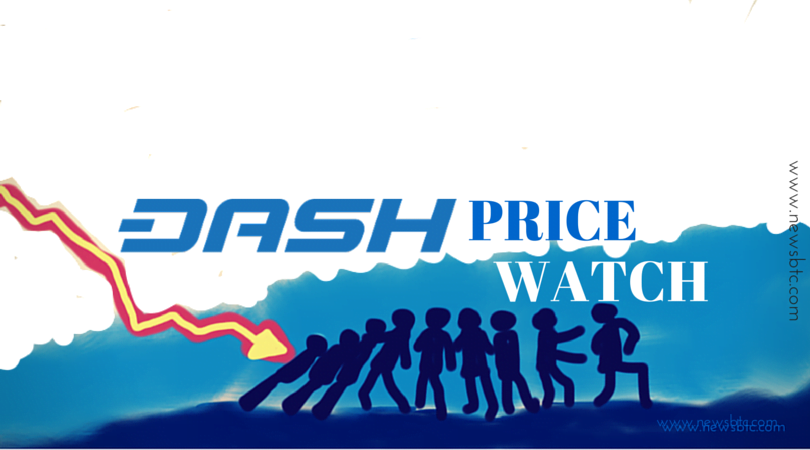 Dash price continuous decline is a warning sign, which means buyers have to be careful moving ahead.

There was a downside reaction Intraday, which took the price to a new low of 0.0104BTC. Now, there is a possibility that buyers might attempt to take the price higher, but might face a lot of hurdles. First and the foremost resistance is 0.0109BTC, which is around the 23.6% Fib retracement level of the last drop from 0.0120BTC to 0.0104BTC. The mentioned level also coincides with the previous low, which increases the importance of the resistance.

Moreover, there is a bearish trend line on the hourly chart, which is coinciding around 0.0109BTC. In short, the stated resistance level holds the key for a minor correction in the near term. If buyers succeed in taking the price higher, the chances of a move towards 0.0112BTC might increase. It represents the 50% Fib retracement level, and can be considered as the next barrier on the upside.

On the downside, the recent low of 0.0104BTC is a major support. If sellers manage to take the price below the mentioned level, then a test of 0.0102BTC is possible. No doubt, the bearish pressure is intact, and there might be more losses if sellers get one more reason to take the price lower. The hourly RSI is around the oversold region, which means there lies a possibility of a short-term correction.

Overall, the price might decline further as long as it is below 0.0109BTC.