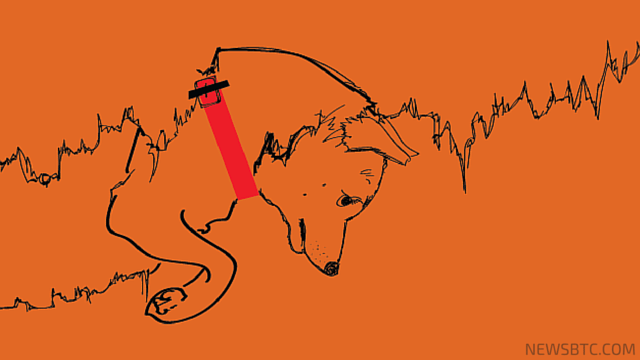 Dogecoin price managed to trade higher, and even cleared a major resistance area of 31.0 Satoshis, which is a bullish sign for buyers.

Dogecoin price finally showing a lot of positive signs, which may come as an encouragement for buyers. Recently, the price traded higher and managed to break two important resistances. The first one was the 100 hourly simple moving average and the second one was a bearish trend line formed on the hourly chart (data feed from HitBTC). The price traded as high as 35.1 Satoshis where sellers appeared to defend the upside move.

The price is currently correcting lower and finding bids near the 50% Fib retracement level of the last wave from the 29.0 Satoshis low to 35.1 Satoshis high. However, the most important support lies near the 61.8% fib retracement level, which is sitting along with the 100 MA. Moreover, the last resistance area of 31.0 Satoshis is also around the same area.

In short, there is a major support area forming near 31.0 Satoshis, which can be seen as a buying zone if the price moves lower. On the upside, an initial resistance is around 34.0 Satoshis, followed by the last swing high of 35.1 Satoshis.

Hourly MACD – The MACD is about to change the slope to bullish, which can turn the bias in favor of the bulls.

Hourly RSI – The RSI is above the 50 level, which is a bullish sign.

Tags: DogecoinDogecoin price analysisDogecoin price chartdogecoin price technical analysistrading
Tweet123Share196ShareSend
BitStarz Player Lands $2,459,124 Record Win! Could you be next big winner? Win up to $1,000,000 in One Spin at CryptoSlots