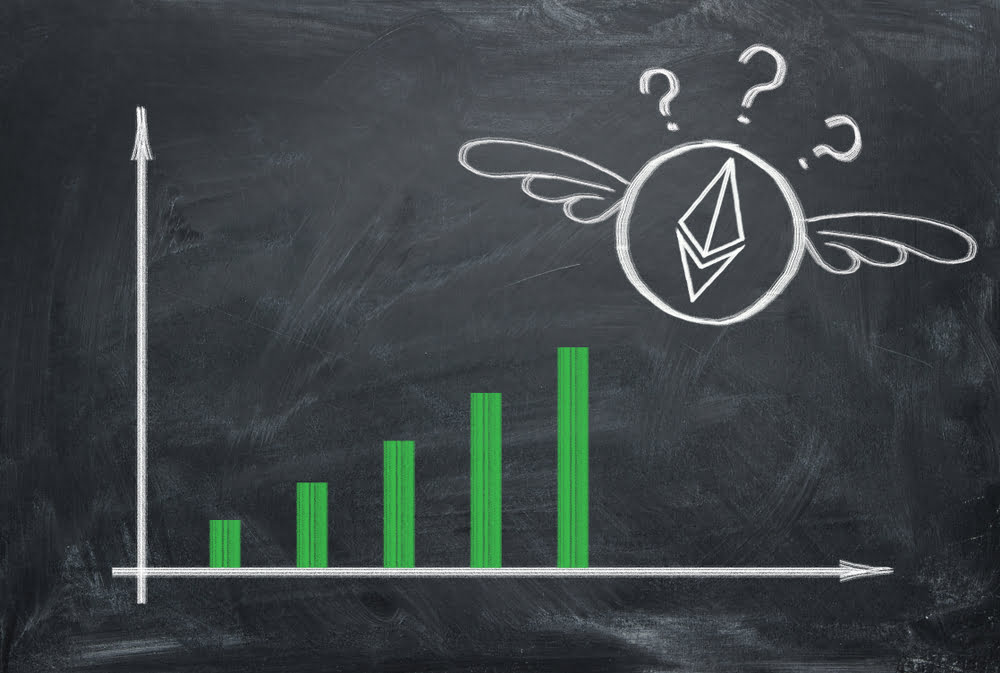 A dollar invested in Ethereum upon its pullback eighteen days ago is now worth about $60. And according to a very prominent analyst, it could yield more returns heading further into 2020.

Full-time trader Crypto Cred highlighted the possibility of Ethereum continuing its bull run as the cryptocurrency tested a key high timeframe resistance at 0.024 BTC earlier this week. The analyst noted that a move above the level could trigger a fresh wave of buying sentiment, which could shoot the Ethereum price further upwards.

The statements followed a string of Ethereum’s attempts to breach below 0.024 BTC between December 2017 and July 2019. The said period saw 0.024 BTC behaving as strong support that upheld Ethereum’s bullish bias. At the same time, when 0.024 BTC flipped to become a resistance, it strengthened the crypto’s bearish bias.

In retrospect, the latter’s notorious downtrend in 2018 saw it testing $6,000 as support on more than fifteen occasions. At the same time, bitcoin’s break above $6,000 in May 2019 saw its price shooting up towards circa $14,000 in just the next 47 days. Crypto Cred noted that traders could treat 0.024 BTC in a similar manner.

“[Ethereum] arrived at key HTF structure after breaking out of the smaller range,” the analyst tweeted. “Technically analogous to Bitcoin’s $6000 floor: reentering the range would likely lead to aggressive continuation.”

He added that Ethereum’s move above the 0.024 resistance could lead its price to test 0.030 BTC. A further break and the upside move could continue until 0.037 BTC.

Part of Crypto Cred’s analysis expected bitcoin to underperform against Ethereum, as the top cryptocurrency has done so far heading into 2020. In dollar-denominated markets, bitcoin’s maximum gains this year were near 46.31 percent. At the same time, Ethereum was up by close to 100 percent.

Nevertheless, bitcoin’s near-term fundamental bias flashed a very bullish signal owing to a series of catalysts, including halving. Prominent analyst Mati Greenspan even said the central banks’ injection of hundreds of million dollars worth of “free money” into the banking system raised investors’ appetite for risky assets, which include both bitcoin and Ethereum.

“I would interpret a reclaim [of 0.024 BTC] as a proxy indicator for further ALT/BTC strength,” the analyst concluded.

Tags: cryptocryptocurrencyethereum
Tweet123Share213ShareSend
BitStarz Player Lands $2,459,124 Record Win! Could you be next big winner? Win up to $1,000,000 in One Spin at CryptoSlots