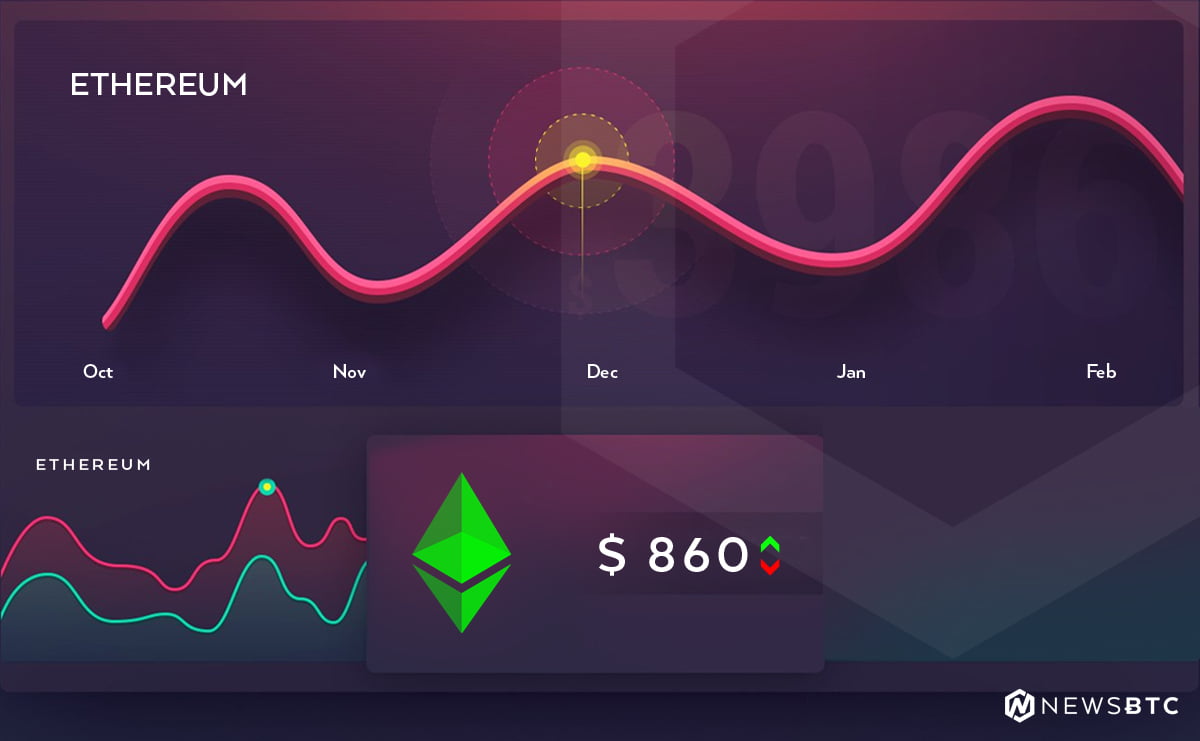 Ethereum price is slightly bullish against the US Dollar and Bitcoin. ETH/USD is eyeing further gains with supports on the downside at $832 and $825.

There was a fresh downside wave in ETH price from the $865 high against the US Dollar. The price traded lower and broke the $850 and $840 levels. It traded as low as $814 where buyers prevented further declines. An upside wave was initiated and the price was able to move above the 23.6% Fib retracement level of the last decline from the $865.19 high to $814.03 low.

On the downside, there is a major bullish trend line forming with support at $832 on the hourly chart of ETH/USD. The pair is likely to follow the trend line and move above $840. An immediate resistance is around the 50% Fib retracement level of the last decline from the $865.19 high to $814.03 low. However, the price is likely to move higher and it may soon break the $850 resistance, and settle above the 100 hourly simple moving average. The most important resistance on the upside is at $865. It is a pivot level for a move towards $890.

In the short term, the price is likely to move higher towards $865. Any further gains would depend on how sellers react when the price test the $865 level.

Hourly MACD – The MACD is currently showing a few bullish sign, but it is lacking upside momentum.

Hourly RSI – The RSI has just moved above the 50 level, which is a positive sign.