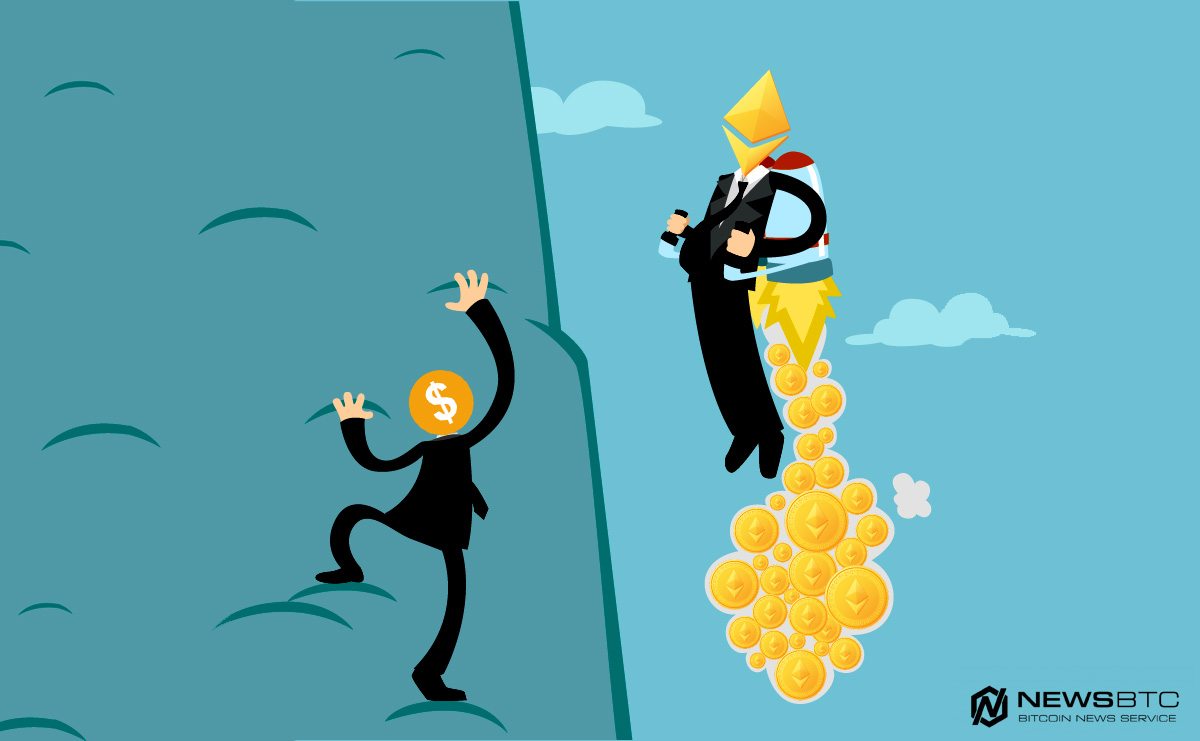 Ethereum price is rocketing higher against the US Dollar and Bitcoin. ETH/USD is surging higher towards the next major resistance at $550.

There were solid gains in ETH price recently from the $420-430 swing low against the US Dollar. The price gained heavy bids and was able to move above the last swing high at $497 and even broke the $500 level. A new all-time high was formed above $525 and it seems like the price is unstoppable at the moment. It has breached the 1.236 extension of the last wave from the $497 high to $421 low.

During the upside move, there was a break above a major contracting triangle with resistance at $470 on the hourly chart of ETH/USD. The pair is now placed well above the $500 level and is eyeing more gains. The next major upside target could be the $550 level. An intermediate resistance is around the 1.618 extension of the last wave from the $497 high to $421 low near $544. It seems like ETH buyers are now in full action and it could even rally just like bitcoin.

We can see continuing gains towards $600 in the near term. On the downside, the broken resistance at $497-500 may act as a support. However, the most important support is now at $450 and the 100 hourly simple moving average.

Hourly MACD – The MACD is gaining heavy momentum in the bullish zone.

Hourly RSI – The RSI has reached the extreme overbought conditions with no sign of a pullbacks.