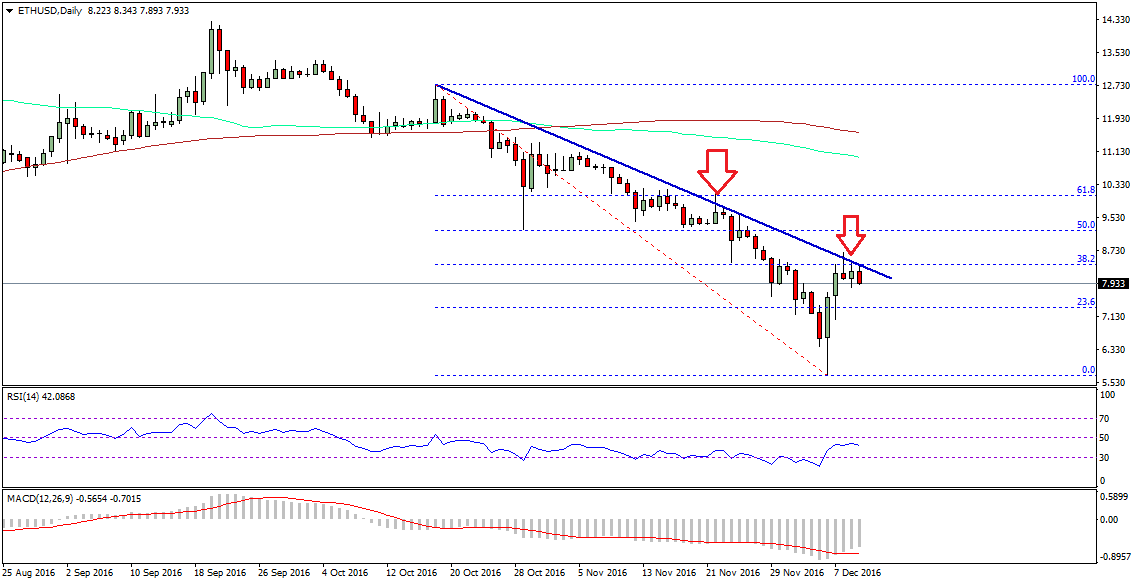 Ethereum price is recovering well at the moment against the US dollar and Bitcoin, but also reaching a major pivot area.

There was a major decline in Ethereum price against the US Dollar and BTC before starting a recovery. ETH/USD traded as low as $5.68 where the buyers appeared and started a recovery. There was a move above the 23.6% Fib retracement level of the last decline from the $12.68 high to $5.68 low. It means there is a chance of further gains in the near term if the buyers remain in control. If there is a break above the trend line, then there are chances of further gains in the short term. The next stop for the buyers could be around the $9.20 level. On the downside, the $7.50 level is a key support, and may act as a barrier for a break down.

Daily MACD – The MACD is still in the bearish zone, which is a concern for the ETH buyers.

Daily RSI – The RSI has recovered well from the negative zone, but still below the 50 level.