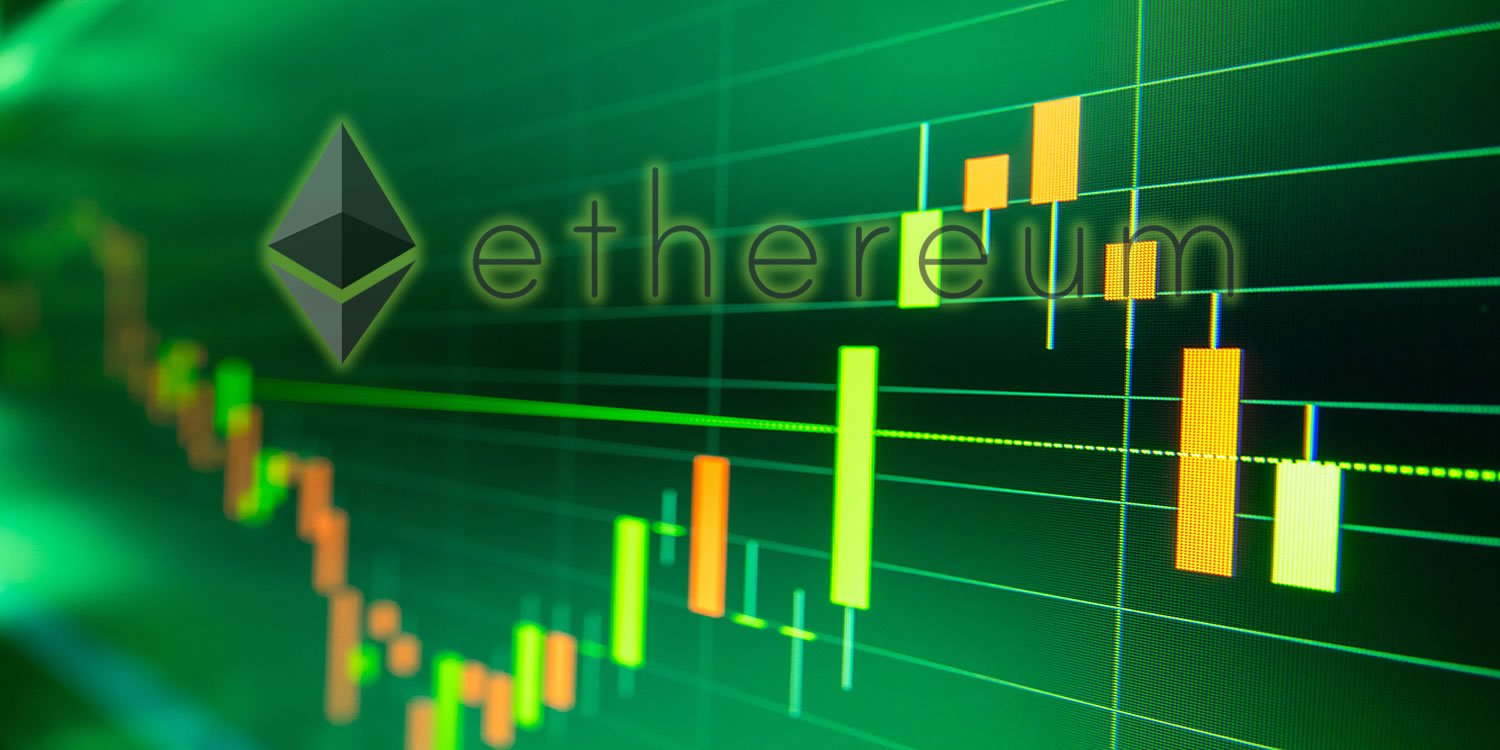 Ethereum price is slightly recovering against the US Dollar and Bitcoin. ETH/USD may recover further if it succeeds in gaining pace above $415.

This past week was very heavy since ETH price traded lower towards the $350 level against the US Dollar. The price traded as low as $360 and later it started trading in a range. It consolidated above the $350 level with several rejections from the $360 level. Finally, there was an upside move and the price succeeded in gaining momentum above the $370 level.

During the upside, there a break above a major bearish trend line with resistance at $370 on the 4-hours chart of ETH/USD. The pair traded above the $382 resistance as well, which is a positive sign. The current price action is positive and it seems like the price may move towards $400 and $410. The next major resistance is near the 23.6% Fib retracement level of the last drop from the $595 high to $360 low. Above the $415 level, the 100 simple moving average (4-hours) is at $440 level to prevent gains. 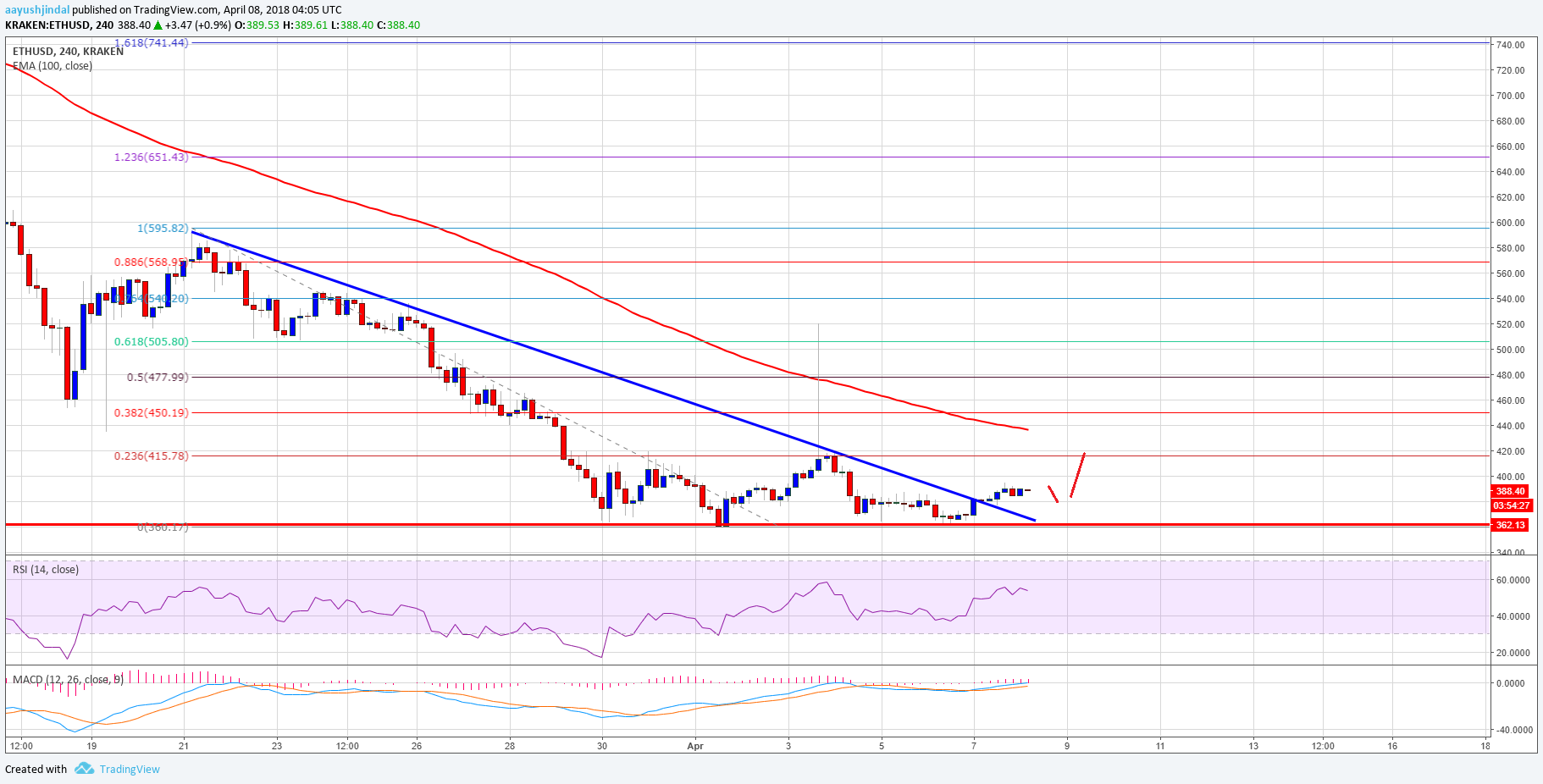 The most important hurdle is near the 50% Fib retracement level of the last drop from the $595 high to $360 low at $477. On the downside, the price must hold the broken resistance at $370 to remain in a positive zone. A break below $370 and $360 supports could ignite further declines.

4-hours MACD – The MACD is now back in the bullish zone.

4-hours RSI – The RSI is currently just above the 55 level.