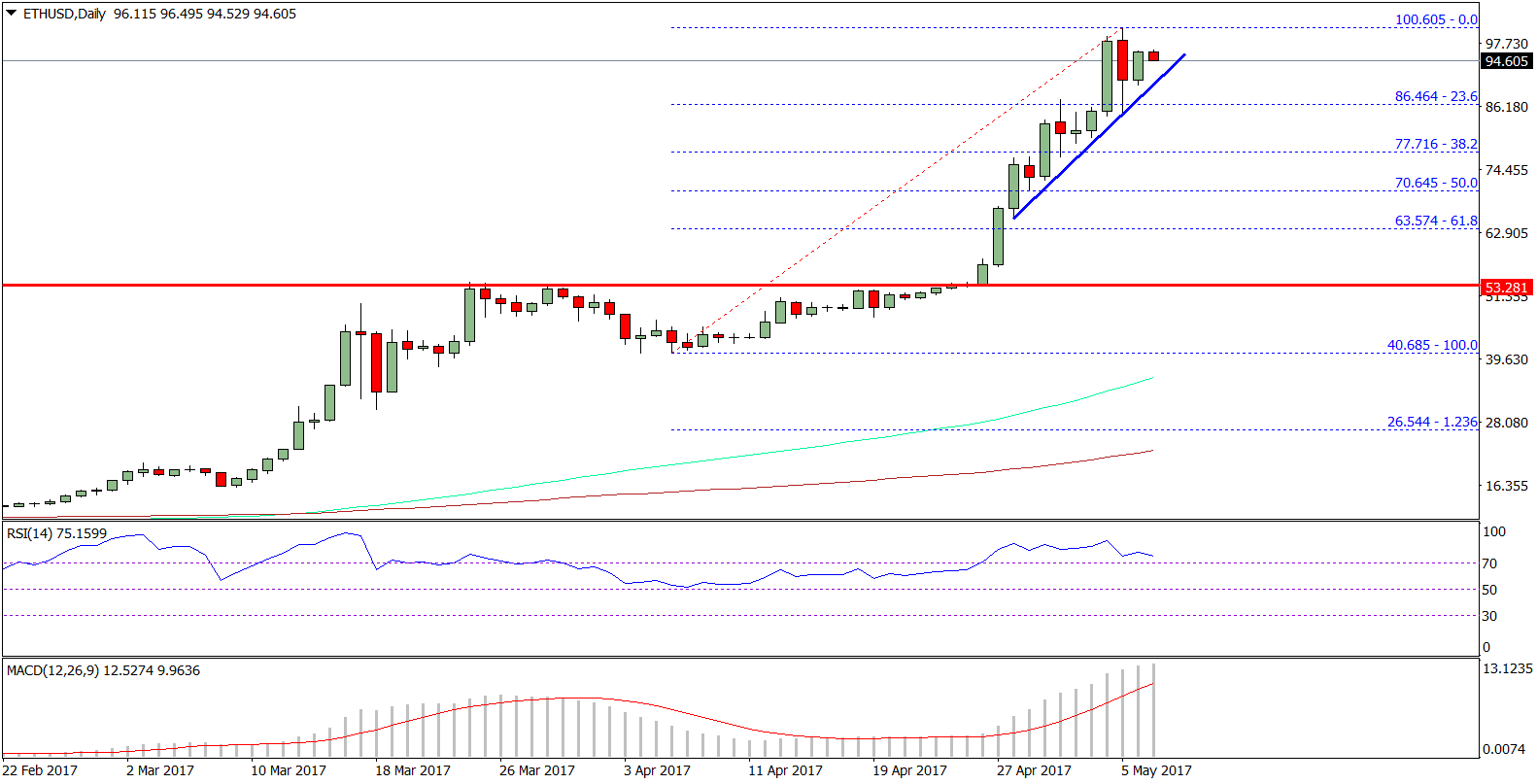 Ethereum price had an impressive run this past week against the US Dollar and Bitcoin, as ETH/USD managed to test $100 and traded with bullish tone.

It looks like it was one of the best weeks so far for ETH price as it tested the $100 level against the US Dollar. There was a solid upside surge as the price broke the $80 and $90 levels to test the all-important $100 level. A new high was formed just above $100 at $100.60. It was a great bullish ride, as sellers were completely decimated once there was a break above the $76 swing high. There was even a break above the 1.618 extension of the last decline from the $76 high to $65 low. Daily MACD – The MACD is very strong in the bullish zone.

Daily RSI – The RSI is currently into the overbought levels around 76.