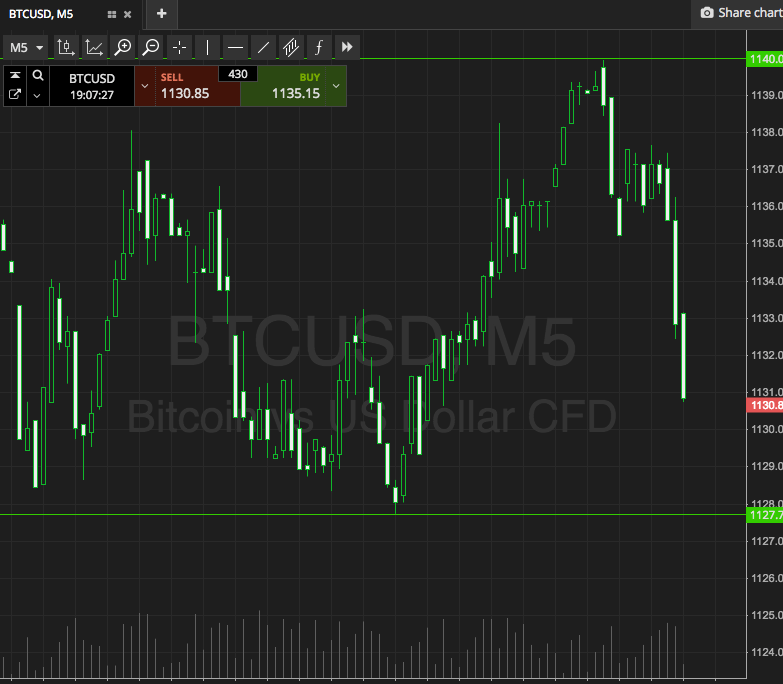 That’s another day done out of Europe in our bitcoin price trading efforts, and it’s time to shift time zones and focus on the US afternoon, and beyond, into the Asian session later on tonight. We’ve not seen too much action today, but there’s been just about enough volatility to get us into a couple of short term breakout trades, and we’re going into the session changeover on some decent terms.

We noted this morning that the breaking of the 1100 level was something of an inflection point, and that we would be looking for this level to hold long term as indicative of validating this thesis. We’re now looking to the next key psychological level, 1200, as further reinforcing our bias.

It’s not an immediate level of interest, of course. We’re going to look a little tighter than that for tonight’s session. It’s one to keep in mind, however.

So, as we move into the session tonight, take a look at the chart below to get a idea of where things stand, and what we’re focusing on near term.

As the chart shows, the range in focus for the session this evening is defined by support to the downside at 1128, and resistance to the upside at 1140. That’s plenty of room to bring intrarange into play, so long at support on a bounce and short at resistance on a correction.

Looking at breakout, if we see a break below support, we’re going to look at getting in short on a subsequent close below that level, with a target of 1115. A stop at 1132 defines risk on the position.

Conversely, a close above resistance will put us in long towards an upside target of 1150. A stop on this one at 1136 looks good from a risk management perspective.