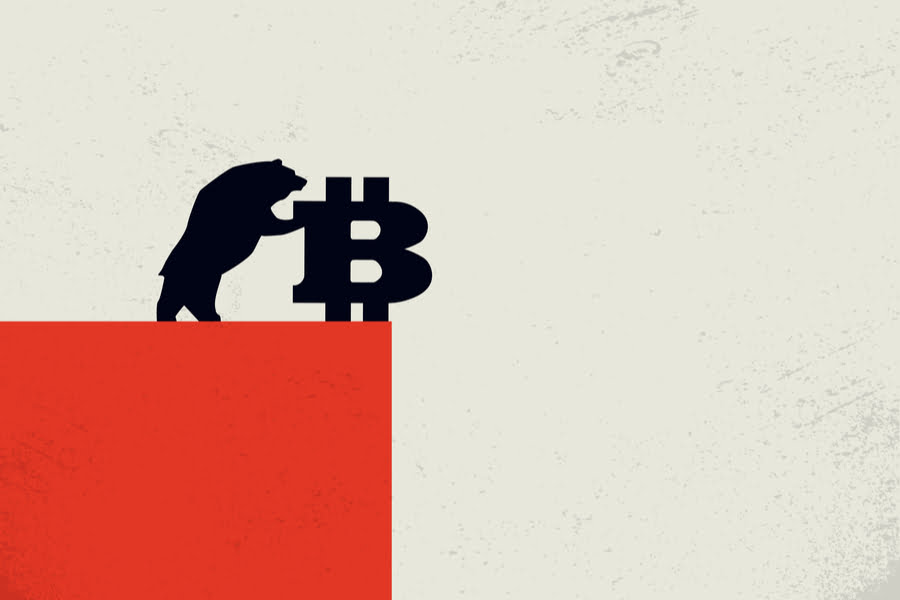 Overnight Sell-Off Puts Bitcoin at Dangerous Risk of Correction to $8,400

Bitcoin has surged by more than 40 percent this year, but its inability to sustain above a technical resistance area is increasing the risk of a massive correction ahead.

The cryptocurrency on Wednesday plunged back below a so-called $10,000 milestone for the third time in eleven days. The move downhill started at around 21:30 UTC and took only twenty minutes to bring the bitcoin price down from $10,172 to as low as $9,280 (data from Coinbase).

On the other hand, the overnight decline prompted traders to buy bitcoin at cheaper rates. The sentiment helped the cryptocurrency in recovering back above $9,500, but still left traders under doubts about the longevity of bitcoin’s current uptrend.

“Technically speaking, the bullish structure is broken,’ said crypto trader and analyst, Teddy Cleps, in a recent tweet. “The price will initiate a down channel before potentially going higher again.”

Indeed, bitcoin is under pressure of delivering a bull-run above $10,540, a strict resistance level in command since July 2019. The cryptocurrency attempted to close/sustain above it on forty occasions but failed. The last time bitcoin tested it was on February 13, 2020.

“There’s only one line that matters now,” said crypto market commentator Scott Melker on the $10,540 level. “A break of this line would be the first macro higher high since the 14K top.”

On the other hand, sellers have kept bitcoin above $9,000 so far into February. But a break below the said level will be the telling sign of a deeper downside correction. That is partly visible in bitcoin’s weekly chart below, wherein the price has clearly rejected $10,540 to form two red candles in a row.

For now, the two strong levels on each side could serve a range to bitcoin where it could consolidate sideways. But a continuation in corrective sentiment would have traders eye the 50-weekly moving average as their medium-term support. The blacked wave is currently near the $8,400-level.

Traders are likely to assess the improving fundamentals of the bitcoin market. The cryptocurrency continues to pose as an experimental haven asset against central banks’ dovish policies, and market risks associated with the ongoing Coronavirus outbreak.

On the other hand, bitcoin is going to undergo halving, a pre-programmed algorithm that would cut its daily supply rate from 1,800 BTC to 900 BTC. Experts believe that the event – scheduled in May 2020 – would make the cryptocurrency more expensive to hold, according to the classic supply-demand model.

Tags: bitcoincryptocryptocurrency
Tweet123Share230ShareSend
Win up to $1,000,000 in One Spin at CryptoSlots