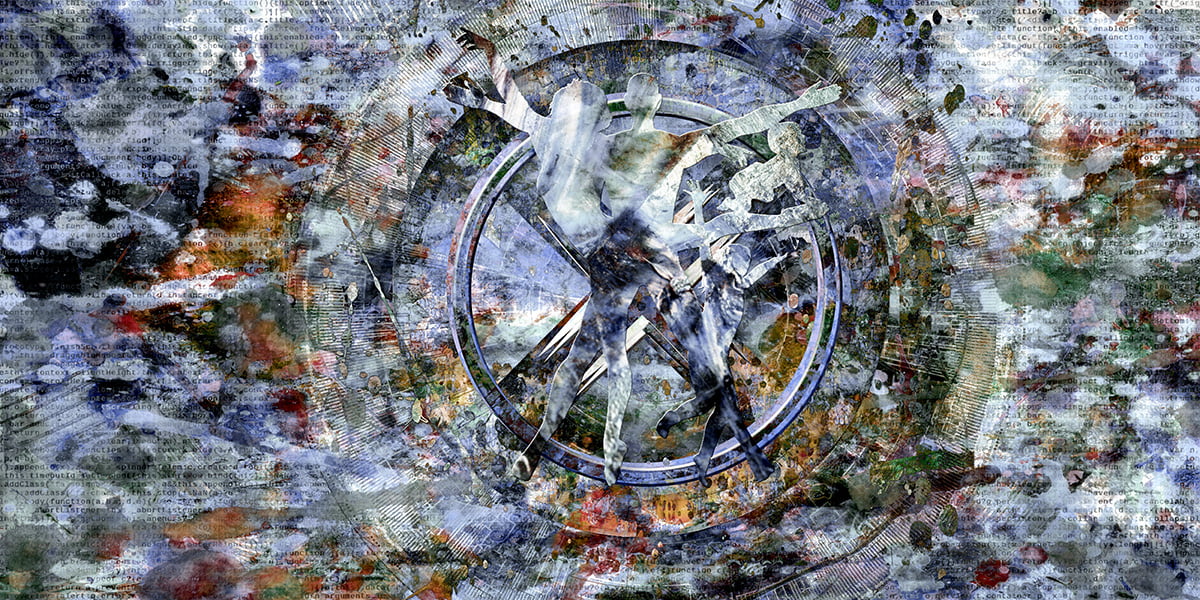 Isn’t life absurd, occasionally exhilarating, often disorienting and almost indescribable? 2018 has been about surviving near knock out blood splattering punches in the ropes of WTF proportions for nearly all. Did you bleed well or succumb to the dark spirits that suck the joy out of you? Self-congratulatory as this might be, I feel I surfed the paradoxes well this year. I started it ready for challenges and got in the ring looking for a straight up fight. Some of them were but mostly I was surprised to find the best of blockchain around me. You don’t encounter many so-called normal people in this space. Mind you, I don’t hang around many ‘basic bro traders’ which blesses me with less price reactionary people.

This year has truly been a test if you were in it for the price alone. Whatever vision you have, was the anchor that pulled you out of the dark waters instead of dialing a suicide hotline – even if the house mortgage and BTC ration last December did not go as planned. Having some depth is not only about virtue signaling. It’s a survival tactic. Many OG’s consider the next bull run to be around 2020 so praying to a Goddesses of good fortune and health meanwhile might be the required extra added effort. “I’m the most resilient motherfucker I know.” said, my friend, while uttering those words sipping a jack and coke at Nikki Beach. There was no pretense in his delivery. Some pain? Sure. The thing is, he knows he can make it back sooner or later. Looking back on the previous trips to Washington and Miami as so much has happened since the whole thing already feels a little distant but still as important to have happened. I’m writing this twenty degrees Celsius below freezing point from the north of Finland so the Miami mansion crypto party with Goldfingr might as well have been a dream. I’d already like to focus on what will soon happen again but many of the things that went down deserve recognition. Especially some of the people that helped it all unfold and got to know better. Admiring the idyllic scenery at Kuopio, Finland 25th of December.
Pic by Reallifelioness Landing to Washington was a crisp encounter with something familiar as the weather almost feels Scandinavian. The damp of London was gone in a swift instant. The fireplace at my Airbnb helped me nurse the jetlag to a more manageable state, and the clear sky with sharp sunlight eased in a new reality. DC is very clean and stately but the cars with engines that tear your ears off let you know: “You are in America now bitch.” I have to cut some sightseeing and other experiences short, amazing as they were, to get to crypto. Despite the slightly chaotic, scarce attendance and Mr. McAfee not showing up, things were set in motion in there that through various twists and turns, are now becoming the world’s first crypto museum in San Juan in Puerto Rico. As always in conferences, what might at first glance look futile turned very meaningful. As the foundations of this venture are still being worked on, I’ll wait for the Rachel Wolfson Forbes interview piece coming after the holiday season to reveal more details. With her, this was my second Forbes mention within a couple of weeks as part of a larger whole. It has been a ‘that escalated quickly’ type of situation in many ways. It was cool finally meeting the Tour De Crypto guys and thanks especially to Blake Rizzo for stepping up to make stuff happen. It as also inspiring to meet the BTC co-founder Jörg Molt. We also set into motion a commission piece with David Johnson for Latium Coin that has now been approved by the man himself and sent to the printers. We first talked about this project in Vegas earlier so it was cool to get this show on the road too. The piece is called “Emancipation of Value. The story within it asks what does the collaboration of generation X, Y and Z look like regarding our shared future? What innovation did we all put in place together towards the collective evolution of humanity? You could argue tokenizing our personal data and owning our digital contribution value has a lot to do with how we are going to thrive together.   The gig economy is now the way of the world so blockchain is here again with solutions to empower ourselves. The piece still shows the family unit as the central point of origin for authentic altruistic behavior but has a self-reliance twist to it. I can’t wait to receive the 80x40in canvas to be re-painted from Estonia. More on its progress and story in the next article. The “Emancipation Of Value” – piece

It was good to also share some space again with my bro Codey Vargas. We connected over his soulful images in Las Vegas earlier and thought to share some of his work here. These images are the ones he wanted to share and just enigmatically said: “These were ones from a period when he needed to reconnect back with humanity.” Most know him on Twitter through his crypto influencing but his Instagram is for the visual story side of things. It was equally fun to hang out with Crypto Finally who accompanied him from NY. A plane tire screech later the fresh sea air and tropic thunder of Miami South Beach seduced me once more for the second event, Blockchain Global, got me an opportunity to also snowball the Tour De Crypto donating ‘Blood On The Podcast Floor’ piece towards more notoriety. After arriving to WeWork the following morning I was immediately hit by the positive energy storm that is Robin deLisser. She pulled off an impressive event in a very short amount of time.

Towards the end of the day, Mr. Brock Pierce and Jeremy Gardner gave their signatures towards the Tour De Crypto cause. The signing will soon come out in the CNBC interview I did with Adrian Baschuck. The next even a couple of days after, Art Decentralized, delivered what it promised. A variety of people involved in all things crypto art from businesses like Super Rare to Kingsley Advani, Richard Swart, and Jeremy Gardner again. The performance by the raw and powerful Natasha set my keynote in motion as usual. The art found it’s natural spots both upstairs at the Pearl and in the garden. This time though, some tech difficulties and being the last on stage diluted the punch of the rest of the presentation a bit. Here is a short video compilation of the Light Node Media event on Vimeo. Thanks again @ Evolv Events for helping me get there. From Goldfingr to Data Bunker

A class act all the way through was Rob’s Goldfingr network mansion party. The art that made the biggest impression at Scope earlier that day was the first to greet me entering this lair of opulence. I don’t mean money, even though it was also present. What I liked was the feeling of substance and a scent of effortless confidence. The conversations were helped by the sway of the palm trees, free drinks and the sound of the calm ocean. Hanging out there with my freshly painted golden jacket was a not so subtle childhood fantasy, once again, briefly living in a James Bond film.

At this point, I’m not sure if I’m Bond or a villain in that frame. How do you think the screenwriters would place gold suited bodypainting BTC advocate talking about the monetary system evolution? I doubt it would be on the good side of the Queen. Of course, even for James, times they are a-changing’. Hanging out with the bad crypto chick Rachel Wolfson at Art Decentralized. Next up is another two weeks in Miami starting halfway through January 2019. I’ll first be attending the North American Bitcoin Conference again but this time with no official responsibilities. It will be a first for me this way. Right after this Data Bunker, those jolly crypto black box inventors, helped me to get to do a collaboration with Falonia at Art Fort Lauderdale which is another repeat from last year. The show will include a panel, art exhibit, and the performance.