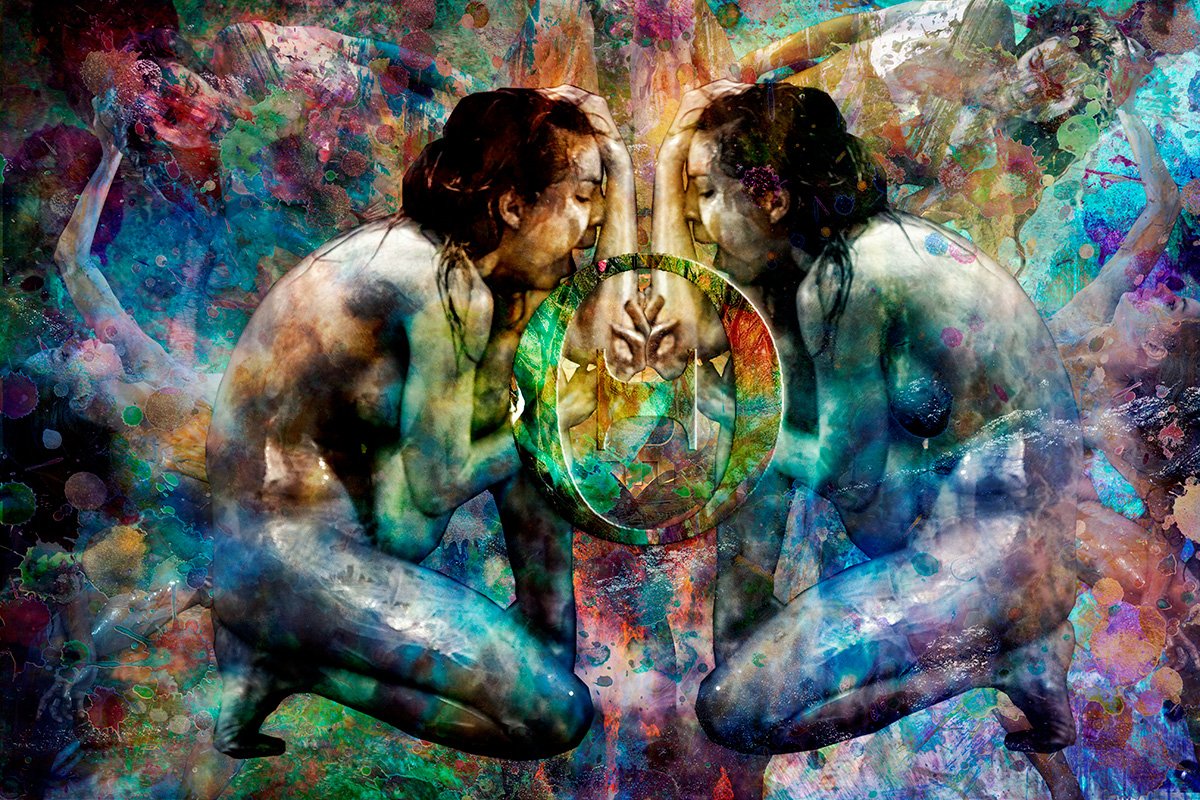 You know what heart attacks on a non-medical Richter scale feel like right? It’s a Sunday just 16 hrs before my flight to Miami International the flight check-in website informs me that my ESTA for the US is not valid. A non-flexible flight, Airbnb’s paid, meetings in place and a full art fair engagement right after. WTF? I thought I had it until the summer still with the permit. After a brief customer service call, the discovery becomes that due to changing my passport during the Xmas holidays the process invalidates the previous. So no flight then? No sunshine? No getting in time to the North American Bitcoin Conference and morning beach runs on South Beach? How much money is this thing gonna cost me? A hell no. F**k this. Na-ah!

Admittedly, after losing my cool a bit, the insight becomes that the ESTA application process has been automated to a certain point. My new application went straight through due to the previous passport one still being valid. Let’s say the last few months have been eventful. Off with zen I went the following morning with a good luck slap on the ass from my lady. The flight was almost empty so slept half of the trip on a row of four seats. It was also an opportunity to explore some symbolic cloud photography closer to arriving.

Chill In The City

The first official #TNABC party was at the Clevelander like last year. It was time to put the golden suit on and go see some friends. This time the party unfolded to become about connecting with the cool ladies in the blockchain from Diana King, Crypto Finally, and Melissa Ruiz-Vera to Milana Valmont.

All of the above women are helping mass adoption in their own ways and working hard at it. Melissa is a new acquaintance working with many interesting ventures. What caught my eye the most was a school in Columbia she mentioned. It’s among stunning nature and surroundings close to Medellin. The students are immersed in a more holistic approach than what I’ve witnessed before. It also includes horse riding, pigs, goats, and bonfires. Have a look at the video and you’ll know what I mean. A little envious your school wasn’t like that? Not many had horse riding classes as well as self-defense, camping and outdoor theatre as part of the curriculum. They are also open to learn more about crypto.

During the night I was also introduced by my previous Airbnb host Richard to the “Cryptos” TV-series makers Erik and George. We not only got chatting in a good way about a potential shared future but got some screen time on RT with Bart Chilton on “Boom & Bust” as well. The resulting video led to an anonymous collector getting the first and heavily discounted for the bear version of the Silk Road piece, which 50% benefits Free Ross.Org.

Many thanks for Moe Levin for facilitating the opportunity for Lyn to present the piece. It was also good to be able to thank him personally for giving me a booth last year. That support is really what launched me to this space. In addition, Commissioner Bart was also kind enough to add me to the good side of the “2019 Good, Bad and Ugly of Cryptos” in his following Forbes article about the conference.

After two years it was also time to get back to bodypainting and start to experiment on how to marry my two platforms together in substance as well as monetization. Since the first spontaneous ‘gold suit’ performance at Art Fort Lauderdale last year with @daym.official I was excited to work with her again. Once more, she delivered through a variety of expressions which were not afraid to show the vulnerable parts as well as the power. As a body painter, I’m looking for the perfect mix of a ballerina mixed with the primal instinct. What do you think?

The above photo became the foundational image to a late birthday present to Bitcoin. If you follow social media the volume of human suffering feels like something that has reached it’s beyond the pale peak. Many people are either looking to escape into fantasy or dull the senses. A rare few are looking for solutions. It might also be, that we now hear each other in a new way as the gatekeepers of information have collapsed due to the internet. Due to the blockchain, we now have an immutable record of what transpired as well as a chance to course correct the monetary system.

“Birth” is a tribute to Bitcoin which ten years ago solved the double spending problem for digital scarcity. Humanity is in many ways outspent. Many women, however, know all too well the pains of giving birth and the struggles of nurturing a being beyond its first years. There is also profound joy in watching it all unfold. Within this piece, the symbol of birth, the screaming reflections of the same woman and the Bitcoin logo are married together to a universal whole. It is about transforming suffering, through solutions, to a new beginning.

All About The People

Forces to be reckoned with and late nights at Wynwood talking crypto included sessions with Sully Sullivan and Ryan Strauss who just left Shapeshift to pursue new things. Tyson O’Ham (far right) is making a documentary called “Crypto Spiritualism: Selling People on a Finacial Afterlife”. Stay tuned for that and (far left) is Art Rozenbaum, a journalist from Bits online.

Some other things included hanging out in the crib of Gabriel Abed from Bitt where I also had the pleasure of meeting the CTO Kumail Akbari from the NY Bitcoin Center. Was also good to high five Nick Saponaro and Larissa Bundziak from the Divi Project as well as Robin deLisser and Tatiana Moroz. I consider real success to be accompanied by an authentic and respectful to others spirit. With all mentioned here, this has been my experience. People sometimes think going to these conferences is about listening to keynotes but the other reality is real human connections and randomly chatting about marriage with Charlie Shrem and his lovely wife while off your face. It was also the second time encountering the Dollar Vigilante Jeff Berwick on that same balcony but I doubt he remembers me this time either. LOL.

Another highlight was Rachel Wolfson’s Forbes article that went deep into the world of crypto art. The full intended content did not fit the feature so she published it in full on Hacker Noon a bit later. Big ups for the features Rachel! It has been a privilege to appear on Forbes four times during the last couple of months.

For at least 6,000 years, kings and governments have controlled the money supply for people. The launch of bitcoin started the separation of money and state. It will soon be natural that we have various digital coins. Also, bitcoin does not require only humans to participate, as crypto will be the natural choice of AI when it starts autonomously trading online. What all that means for the trading markets is impossible to say at this point, but seeing the development of bitcoin and other self-programming military AI innovations, it is likely to be foundational for the whole system.  We’ve already seen AI art being sold at Christie’s for significant sums. The piece “HELLO‘ refers to our current and emerging reality – AI is already among us, and it is saying hello,” VESA explained.

Many thanks for Data Bunker for providing me the resources to travel and for accomodation.

Now it’s time to wrap this one as there is a whole new article that is needed for the following week that transpired at Fort Lauderdale for the AFL festival. See you soon for Florida Blockshine part II.