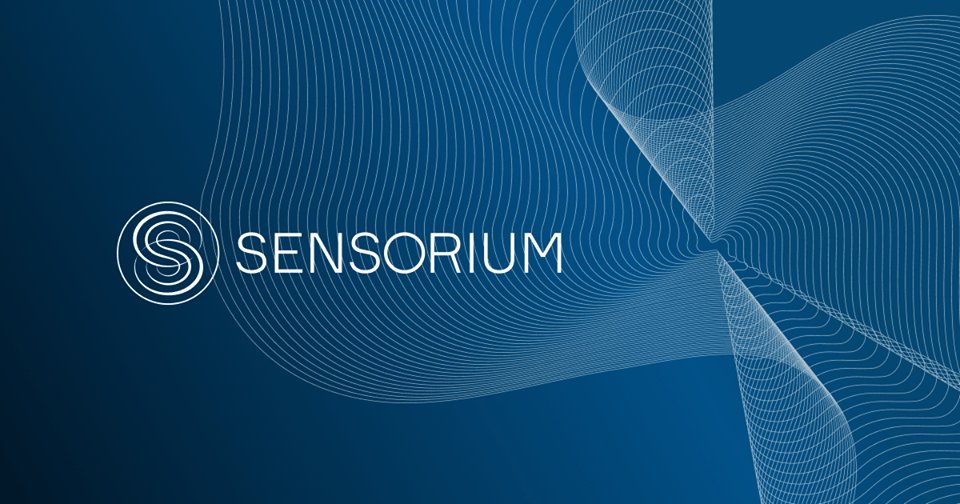 At 4th Annual Blockchain Central Davos event held recently, we met up with Alexey Blagirev, Digital and Investor Relations Director, Sensorium Corporation. He provided compelling insight into the new and radical Sensorium platform and how it is set to revolutionize gaming as we know it today. And at the heart of this ambitious global platform is blockchain, cryptocurrency, tokenization… and artificial intelligence.

Q: Why did Sensorium attend the Davos 4th Annual Blockchain event and by attending did you achieve your objectives?

A: We came to Davos to meet with potential strategic partners and professional investors. We had dozens of productive meetings and discussions with different stakeholders – content providers, partners, investors, etc. There is great interest in the Sensorium Project and without getting into any details the prospects for further development are indeed considerable.

Q: What insights did you gain from the event?

A: It’s clear that crypto and blockchain technologies are not only gaining ground but their usage is spreading beyond tech innovators. The music and entertainment industries, in particular, are extremely interested as the technologies offer a watertight solution for copyright which has been a thorny issue in the digital era for a long time and it has never previously been successfully addressed. For instance, in just a small example Guns ‘n’ Roses drummer Matt Sorum is using blockchain to protect copyright. This is interesting and in a sense, it signals how blockchain is going to be much more widespread in these industries. At the same time, crypto and blockchain also offer new ways of delivering entertainment which the music and entertainment industries are clearly exploring. Without being overly effusive one of the things I took from the Davos event was the sense that we are witnessing the birth of a new chapter for music and entertainment delivery.

Q: Could you expand on what the Sensorium Galaxy is and why you think it will be popular?

A: The Sensorium Galaxy is a virtual universe. Specifically it is a triad of star systems, each representing a different dimension of human interest. Each star system has planets that orbit it and each planet provides a themed hub that relates to the star. For instance, we are currently focused on the Entertainment star system. The planets include music, dancing, movies, gaming and other themes. On the Music Planet, for instance, you can participate in a music festival with celebrities, attend a live ‘club’ performance by a world-famous DJ, witness a modern dance production, or relive the excitement of being at a classic rock show.

Each event provides a communal virtual experience where you can attend with friends and also alongside hundreds of other virtual participants. As such you can explore, learn and share experiences and emotions with other people. At the first stage of Sensorium Galaxy implementation, we are launching a virtual space with electronic music and top performers on the Music planet. For instance, you will be able to attend an Ibiza-based electronic event hosted by a world-famous DJ.

All these features are unique and there is nothing else like it. The Sensorium Galaxy not only reflects a next-generation evolvement of social networks but also enables people to interact communally, as opposed to being a purely solitary virtual reality affair.  Further, we have partnerships with globally renowned musicians and DJs enabling people to attend concerts and events virtually in real-time and irrespective of geographical location.

A: The gaming industry will become the driver of blockchain, virtual reality and social virtual reality growth. Gaming is enormously popular all over the world. There are an estimated over 2.2 billion gamers in the world, approximately one-third of people on this planet are gamers. Gaming has come a long way since single-player PC games like Wolfenstein and today is a multi-billion dollar industry.

We are already seeing virtual reality games make a significant impact. Market share is steadily growing and is estimated to be worth $70 billion by 2026 in the US alone. However, blockchain-based gaming and social virtual reality could well eclipse and undercut this growth given that it takes multiplayer gaming to an entirely new level. Participants can play with each other in a game. This is as significant as was the move from single-player gaming to multiplayer gaming. Sensorium Galaxy offers an entirely new dimension to gaming by incorporating these technologies and we believe we help establish and grow this new trend

Q: How is blockchain being used in the Sensorium Galaxy, or how do you plan to use it?

A: At the moment we are using traditional tools for working with content, but we plan to switch to the blockchain. Blockchain is important because it allows you to create gaming currencies that users can exchange outside of gaming platforms and also safeguard user content. User content from different games can be linked to game tokens which can be used across different gaming platforms, so blockchain will become fundamental to Sensorium Galaxy.

Q: Will the Sensorium platform have its own digital currency?

A: Yes, we plan to release our own game currency so users can purchase items, various content and even different locations. The game currency will be placed on the public blockchain network and will be released as a token so that it can be exchanged.

Q: What will this currency allow users to do, for access make in-game purchases, gain early access to closed locations with the Sensorium Galaxy and so on?

A: Certainly. Each location will have its own exclusive items and even actions within the game. For instance, the in-game avatar can perform different actions but gamers will be able to build on this by performing different actions,for example, special dance moves. There are also lots of different locations within the planets. Gamers will be able to make trips through the interplanetary space station to different locations by making purchases. These are just some of the examples, but in short, gamers can develop gaming features by using the digital currency.

Q: You seem to have some significant partners on board for the Sensorium platform. How will these partners be able to use the currency? Could you give me some examples please?

A: We can’t reveal our partners yet, but what I can say is that they are all key players in both the music and game industry. They are the top names in their respective spheres. Some will provide exclusive content, while others will provide opportunities to offer social virtual reality experiences to a much wider audience. We will tell you more about it in the near future. Watch this space.

Q: How do you plan to attract users to the platform and what key geographical markets are you targeting?

A: There are lots of ways of attracting users but one of the main methods we will use is bringing famous influencers and partners on board. For instance, some gaming influencers have millions of followers and it’s a great way to engage directly with people who are active gamers. We’ve done our sums and we estimate this method alone will reach half a billion people, which is a huge audience of people who are immediately receptive because of their interest in gaming.

In terms of geography we are focused on several markets including the US and Asia-Pacific regions both of which have enormous gaming communities. For each market, we will also offer specific content that is relevant to gamers in those regions. However, ultimately Sensorium has no geographical boundaries, it is a global platform and users from different continents will be able to effortlessly interact with each other.

Q: Can you talk about what new things are in the Sensorium platform pipeline?

A: One of the important features we plan to introduce soon is the widespread use of AI. This will be a feature of avatars that populate the different planets. For instance, you enter a particular game and an avatar will present itself. It will recognise a user’s emotions, actions and voice and based on previous actions can guide a user, make suggestions and also accompany them, though it won’t participate in games for instance.

Sensorium Galaxy is a next-generation platform for entertainment with users coming from all over the world. As such innovative technologies such as AI will play an important role. We plan to introduce the first AI avatar prototype for our first users at the end of March this year.

Interview: What Makes Worthpad Better Than Other DeFi Projects Out There?