CanBitcoin Blockchain Save Banks Billions of Dollars in Fines? 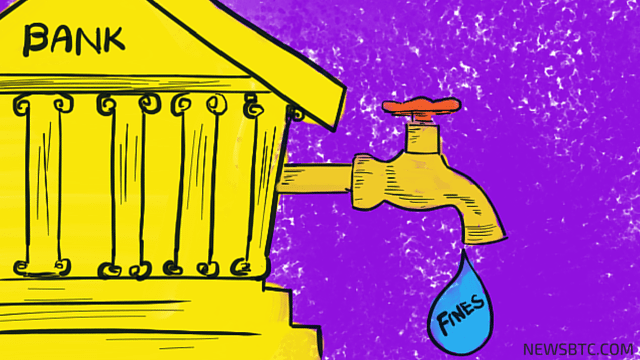 Since the 2008 financial crisis, twenty of the world’s largest banks including JPMorgan, Citibank and HSBC have paid over US$235 billion in fines.

Interestingly, the majority of the fines derived from the banking system’s inefficiency and failure to keep track of sold mortgages and insurance products.

According to the financial data provided by news agency Reuters, fines for U.S. mortgages have accounted for nearly US$150 billion, with America’s biggest banks including Bank of America, JPMorgan and Citigroup being fined for billions of dollars due to their non-fulfilment in maintaining a ledger of all mortgage-related documents.

A mortgage loan, also referred to as a mortgage is usually distributed to purchasers of real property or to existing property owners to raise funds. Like many other financial settlements however, mortgage loans require a list of documents including paycheck stubs, profit and loss accounts for business owners, list of assets, bank statements, mutual fund statements, automobile titles, brokerage statements, etc.

The technological limitations of current financial systems and banking applications makes it extremely difficult for banks and financial institutions to organize and include all of these documents and data into one single mortgage loan contract.

Furthermore, the lack of transparency and low levels of security of banking systems often leave these sensitive banking documents and statements vulnerable to potential data breaches and hacking attacks.

Bank of America for example, paid US$17 billion in Justice Department settlements over its mortgage lending in 2014. According to the Wall Street Journal, more than US$9 billion in fines were settled in cash.

Today, banks are beginning to be more aware of these problems and the blockchain technology’s potential to eliminate these billion dollar financial issues in the sector. However, major financial institutions worldwide are trying to deploy their own blockchain networks, disregarding the fact that the security of a blockchain network is based on the computing power that used to protect and settle the transactions.

“To bring this into relevant (Bitcoin) terms, the size of the city is the Blockchain and the height of its walls is the network’s hashrate. As such, the larger the Blockchain, the more hashpower is required to maintain the same level of security. Larger things are inherently more fragile and are therefore exponentially more resource intensive to protect from the forces of nature,” explains security and bitcoin expert Pete Dushenski.

Over the next few months, banks may switch their interest to the Bitcoin blockchain and rely on its security to create decentralized applications to transform existing banking systems and save themselves from billions of dollars worth of potential fines.