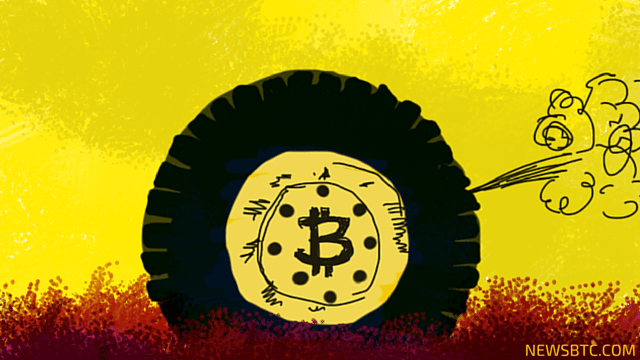 The illusion of the U.S. Dollar’s intrepid strength is a false indicator that the American media has been trumpeting since late 2013. It is an indication of its value relative to other fiat currencies like the Euro and Japanese Yen. Kind of like a battle for which debt-based bearer bond is the best at losing value the slowest. Well, CNBC has published an admission piece on how Bitcoin’s dollar price shames the world’s reserve currency in a battle of relative strength for 2015.

Eric Rosenbaum’s article has an odd post-mortum twinge to it, starting off with “The U.S. dollar has had a nice run.” Plenty were saying that about Bitcoin’s value at the end of 2013, no? Even so, U.S. Dollar index value has risen almost 10%, which sounds impressive enough. Yet, Bitcoin over the same period is up over 40%, which is somewhat misleading, at that. Bitcoin value hadn’t finished recovering from the Mt. God bubble/collapse, and dropped to under $180 in midJanuary, from over $300 USD at the start of the year. Bitcoin is up well over 100% since its darkest days, which is not mentioned in the piece.

Remember the midstream refrain from this time last year? BTC and the Russian Ruble were simply the world’s worst in relative value for 2014, with both losing over 50%. All of Bitcoin’s value growth has taken place in Q4, and many attribute it to the infamous Russian MMM scheme perpetuated upon the Chinese market. Be that as it may, prices haven’t receded, indicating that might have been a catalyst, but not the underlying cause of the increase. China’s capital controls have shown more of a direct impact upon BTC price, and more may be in store for early 2016 as the economy continues to struggle.

This article in CNBC may’ve been written by a Bitcoin owner, but the facts cannot be denied. Money worldwide continues to flow consistently into Bitcoin, Gold and other non-dollar denominated asset classes. Bitcoin transactions are up, as are venture capital investment, setting another annual record in 2015. With the Bitcoin halving coming next summer, many see another year of strength for “The Honey Badger of Money.” Reasons to be optimistic are legion.

The latest of which is Bitcoin is showing impressive growth outside of the leading U.S. and China markets, according to Coinbase. Wallet creation in major markets like Brazil, India, and the Philipines indicate Bitcoin has more market reach than originally thought. With the advent of mainstream blockchain technology usage, 2015 seems to represent a foundational springboard into a potentially huge year for not just Bitcoin but the digital currency of all kinds.