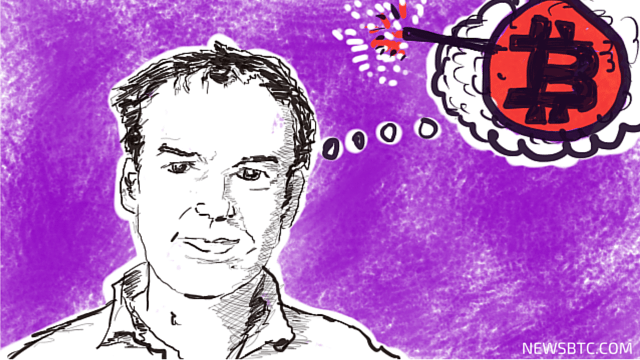 The director of the ABN Amro’s Innovation Centre is apparently not a fan of Bitcoin, a decentralized payment system.

According to a report, chief Arjan Van Os exemplified Bitcoin’s previous track record to prove his point, saying that their bank does not want to associate itself with anything that has/had a role in financing illicit activities. Instead, the bank wishes to experiment with its underlying technology — the blockchain.

“We want to prevent bitcoin’s poor image reflecting on what we do with the blockchain, it’s underlying technology,” Van Os stated. “We see many opportunities [in the blockchain]. Bitcoin itself is outmoded.”

His comments comes almost over a month after a journal he published on ABN Amro’s official blog. Titled “The Next Best Thing”, the bulletin tried to explain the concept of blockchain, and how it can be associated within the traditional banking infrastructure to make it more speedy and secure. He wrote:

“Block Chain Technology already exists. It is being experimented and tested. However, the degree to which it is applied is still limited […] This is the time when we need to gather as much information as possible [regarding the blockchain]. We should try all possibilities and should form networks of financial institutions, FinTech companies, start-ups and software experts.”

By the time it is proved that a blockchain is an independent public ledger that can entertain assets other than Bitcoin, the venture capitalists and a majority of the financial institutions are choosing to invest more in the former. Some blame Bitcoin’s constantly declining value as one of the major factors why investments are more emphasized on blockchain these days.

Tags: ABN Amro BitcoinbitcoinBitcoin Newsbitcoin technologyblockchain technology
TweetShare
BitStarz Player Lands $2,459,124 Record Win! Could you be next big winner? Win up to $1,000,000 in One Spin at CryptoSlots